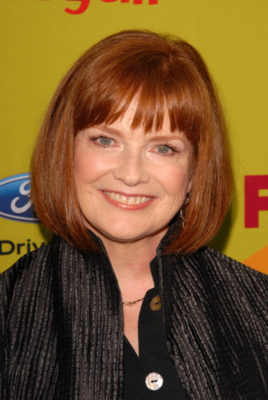 Do you remember The Days and Nights of Molly Dodd? Recently, star Blair Brown spoke with Deadline about the NBC/Lifetime TV show.

The comedy-drama starred Brown as Molly Dodd, a divorced woman living in New York City. The show ran for two seasons on NBC between 1987 and 1988 before moving to Lifetime for another three seasons.

In the interview, Brown said The Days and Nights of Molly Dodd was intended to be unique for its time:

When Jay [Tarses] and I first met to talk about it, we said she can never wear sneakers to the office and put on high heels. That was the baseline. She was not that person. Because that was the whole thing about the 360-degree woman: You were fantastic at your job, a great mother, a sexy partner,  a good daughter, a loyal friend – and you think, This is a losing game. We said, This is a woman without a plan. That was what got a lot of people angry. Molly was perfectly happy like that. There were day-planners then, where people put in each day’s goals, five-year goals. Five years? I don’t know what I’m doing at New Year’s.”

Later, Brown revealed why the NBC/Lifetime series can’t be found on any streaming platforms:

What do you think? Have you seen The Days and Nights of Molly Dodd?

So, it’s 2021 and considering we are in the time of COVID19, and we are far beyond the need for DVD’s or CD’s and that NETFLIX and PRIME are ‘a thing’ …. seems that someone could unlock the vault and put this gem in the hands of viewers! #DaysAndNightsOfMollyDodd

when I watched the series Fringe a few years back (and just last week a couple episodes on DVD. Yes, got the Fringe series on DVD:) I remember feeling like the beautiful and stern red head on Fringe felt, well, you know, familiar. I looked the star up online and whala! Blair Brown on Fringe is my Molly Dodd from the early 90s. I LOVED that show Molly Dodd, it’s awkwardness and creativity and quick humor. Over the years, I’ve looked around to buy the series, but never found it on DVD. Or syndicated anywhere. Blair Brown is a great… Read more »

Wow. That sucks she had bad lawyers or whatever reason she got screwed to the future. Just remembered how much I loved this show as lonely struggling single mom. This show still lives on in my heart. I felt so much expectation back then. Had just graduated nursing school, haha. Hope left shortly after this series ended. I’ve had to work harder at artificially producing my hope fuel the last few yrs, lol. Some still magically seeps under the door.

I have the entire series – copied from VHS that I recorded at the time. I watch it often

Is there a way you could make copies of it, so then I could buy it from you? Would that be copyright infringement?

I’d pay a LOT to get the full series of that show. Fantastic cast, writing, directing – I just wish they could bring it to a streaming service. PLEASE????

I absolutely loved that show.
Hope someday it returns to TV

Nothing’s impossible if someone can figure out how to make it work. Getting the music rights fits that description and all you need is somebody in the right place who believes it’s worth the work needed to make it possible. I’ll bet we haven’t heard the last of THE DAYS AND NIGHTS OF MOLLY DODD.

Loved that show. It was the first time I became a fan of David Strathairn. He was a perfect Moss the shy & awkward book store owner. His career has flourished on both the big & little screens. Blair Brown fell off my radar until she once again appeared on Fringe as Nina Sharp where her bionic arm was cutting edge technology. Such a shame Molly is gathering dust like a relative’s ashes in the closet.

Lawyers just sort it out, time is limited, want to see this again before I die!