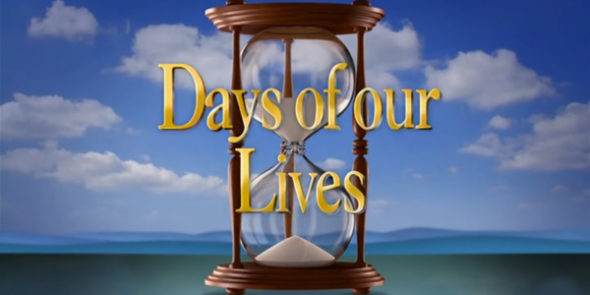 The hourglass will keep going for Days of Our Lives. NBC just announced they’ve renewed the TV show for its 55th season.

UNIVERSAL CITY, Calif. — Jan. 8, 2019 — “Days of our Lives,” the longest running series on NBC and an icon of daytime television, has been renewed for a record 55th season.

Those words, which have drawn millions of eager viewers to their television sets for six decades, will remain a high point of the broadcast day with the renewal announcement of the multi-Emmy Award-winning series.

“With writing that manages to weave together Salem’s iconic characters with current realities, Ken Corday and his team have ushered the show’s legacy into a new era that resonates with both longtime and new viewers,” said Bruce Evans, Executive Vice President, Current Programming, NBC Entertainment. “The actors and crew have such a tremendous respect for ‘Days’ and what it means to fans. We believe that level of commitment shows through and touches our audience year after year.”

“It’s a great day in Salem! The sands in the hourglass will continue to flow for yet another year,” said executive producer Ken Corday. “We’re grateful to NBC and Sony for their continued support of the show and, of course, to our dedicated and passionate fans, we owe it all to you. Thank you for taking us through our 55th season. We can’t wait for you to see what we have in store.”

Steve Kent, Senior Executive Vice President, Programming, Sony Pictures Television, added: “Ken Corday and his cast and crew continue to build on the strong legacy of dynamic storytelling and intriguing characters in ‘Days of our Lives.’ We are proud that audiences both in the U.S. and around the world will get to enjoy this award-winning series for another year.”

The show’s 53rd season (September 2017-September 2018) saw a 4% increase in total viewers (2.55 million vs. 2.45 million in live + 7 per Nielsen Media Research) vs. the previous season. In addition, “Days” added a number of new characters and a few surprise returns that have kept fans and critics tuned in.

“Days of our Lives,” which aired its 13,500th episode in 2018, remains a television institution. The show first premiered as a half-hour drama in 1965 and expanded to an hour 10 years later.

The show has garnered 57 Emmy Awards, including most recently 2015 and 2018’s Outstanding Daytime Drama, and 323 nominations, as well as multiple People’s Choice Awards, GLAAD Media Awards and Prism Awards.

Set in the fictitious Midwestern town of Salem, “Days of our Lives” airs nationally on NBC in the United States and in more than 25 countries internationally. The core families are the Bradys, Hortons and DiMeras, and the multi-layered storylines involve elements of romance, adventure, mystery, comedy and drama.

What do you think? Are you a fan of Days of Our Lives? How long have you been watching?

I like Days of our lives, but I don’t like the year jump ahead. Please go back.

I have been watching since 1974. It is the only day time show I watch. I record it. I enjoy – love – my trip to Salem each day!

I just want to say I been watching days of lives sense I was 17 and I am 50. I just love this soap please don’t take it off the air I look forward to it every day. I can’t even imagine This soap opera Gone.

I have been watching DOOL for the last 30 years! My mom and I both watch it! We love this show!

I have been watching for 50 years!

I’m a lifelong faithful fan of DOOL! Almost 49 years now. Please don’t take the one show that has been a staple in my family away. DOOL is the best!

I have watched DOOL since it’s inception in 1965. I miss viewing it during 1977-78 while in Germany, but friends kept me current. Hope it lasts as long as I do!! So glad you’re continuing into your 55th year!!

I love Days. I have been watching it for years and have grown up with many of the main stars. Days is my guilty pleasure. It’s just fun and a change from all the bad news of the world and I love to see what the stars are wearing. It keeps me on trend. Please don’t ever go off the air. To many of us real people they are like family.

Watching since the beginning

I have been watching days for 50 years I will be extremely sad if its ever cancelled GO DAYS!!!

I’m a viewer of DOOL since the first episode as a young 17 year old awaiting the birth of my first child. Married to my high school sweetheart we had our own 46 yr soap opera and like days were very happy, Diana filled and solid. Thank you for being in my life all these years. I know it’s a tv daytime drama but after all these years I’ve come to appreciate all the actors, writers and story lines. Glad another renewal has been made. Hugs.