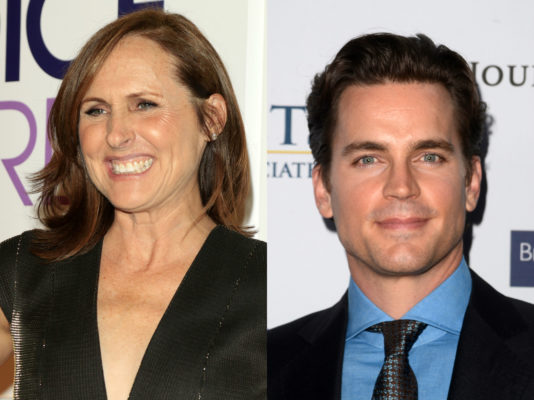 Looks like Molly Shannon and Matt Bomer are sticking around. Deadline reports the two stars will appear in additional episodes for season 10 of Will & Grace.

On Will & Grace, Molly Shannon recurs as Valerie Bassett. Shannon appeared in five episodes of the NBC sitcom between 1999 and 2004 and recently reprised the role for season nine.

Meanwhile, Bomer was set to appear as Will’s (McCormack) new suitor, McCoy Whitman, for only one episode of Will & Grace this season. However, now it looks like McCoy Whitman is sticking around. Bomer will return to the NBC sitcom for three more episodes.

What do you think? Are you a fan of Will & Grace? How are you liking season 10 so far?

They’ll renew anything. But then again they don’t have a choice

Love Matt Bomer this will be great for the show