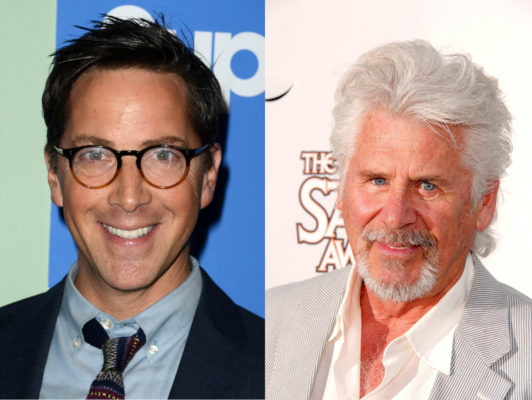 Will & Grace has some new company. According to The Hollywood Reporter, Scandal stars Dan Bucatinsky (pictured, left), Barry Bostwick (pictured, right), and Matthew Letscher will guest on the NBC revival.

After more than a decade off the air, Will & Grace returned for a ninth season this year. The cast includes original stars Debra Messing, Eric McCormack, Megan Mullally, and Sean Hayes.

Aside from Bucatinsky, who will reprise the role of Neil, NBC has not released character details for the new Will & Grace guest stars. Other notable guest stars for season nine include Molly Shannon, Leslie Jordan, Harry Connick Jr., Michael Angarano, Bobby Cannavale, and Minnie Driver.

What do you think? Are you watching the Will & Grace reboot? What other guest stars would you like to see?