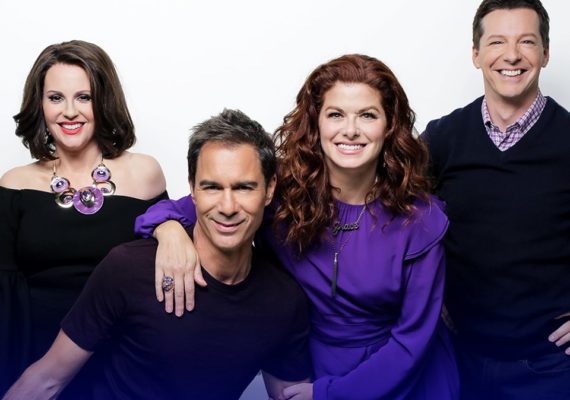 Is it time to say goodbye again? Has the Will & Grace TV show been cancelled? Renewed for a 12th season on NBC? The television vulture is watching all the latest cancellation and renewal news, so this page is the place to track the status of Will & Grace, season 12. Bookmark it, or subscribe for the latest updates. Remember, the television vulture is watching your shows. Are you?

There’s no need to worry about Will & Grace being cancelled since we already know this is the final season. Could there be another revival or reunion someday? I’ll update this page with breaking developments. Subscribe for free alerts on Will & Grace cancellation or renewal news.

What do you think? Are you sorry that the Will & Grace TV show won’t be renewed for a 12th season?

I have always loved Will and Grace,cracks me up everytime.
Jack is hilarious and his fiance in the show is funny too,nice
to watch something sometimes that is just funny ,you can forget
about the seriousness of life for a few minutes.Sad to see it go,maybe they will
rethink it. 🙁

I’m not a fan of this TV show. I don’t care if it’s canceled. Just about anything else would be better.

Nope, glad it’s over, it got way off track, it used to be funny back in the day, now it’s all political. Sick of tv shows being political.

In the past, it was more hidden. Now it’s just in your face. I just can’t take their leftist garbage. This show should have never been brought back.