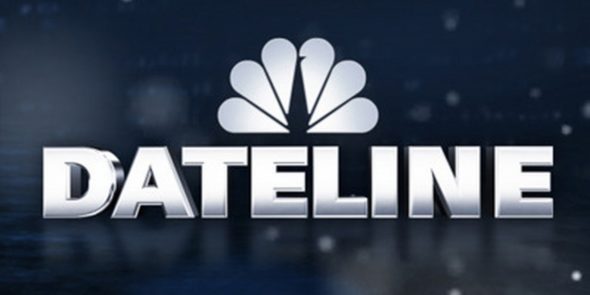 What stories are left to be covered? Has the Dateline NBC TV show been cancelled or renewed for a 30th season on NBC? The television vulture is watching all the latest cancellation and renewal news, so this page is the place to track the status of Dateline NBC, season 30. Bookmark it, or subscribe for the latest updates. Remember, the television vulture is watching your shows. Are you?

Airing on the NBC television network, Dateline NBC is a newsmagazine that’s the longest-running series in the network’s primetime history. The program covers stories ranging from mysteries to documentaries and in-depth investigations. Anchor Lester Holt is joined by correspondents like Andrea Canning, Josh Mankiewicz, Keith Morrison, and Dennis Murphy.

The Sunday and Monday episodes of the 29th season of Dateline NBC average a 0.39 rating in the 18-49 demographic and 2.87 million viewers. Compared to season 28 Monday episodes, that’s down by 22% in the demo and down by 12% in viewership.

The Friday episodes of the 29th season average a 0.41 rating in the 18-49 demographic and 2.92 million viewers. Compared to season 28, that’s down by 24% in the demo and down by 17% in viewership.
Find out how Dateline NBC stacks up against other NBC TV shows.

Will NBC cancel or renew Dateline NBC for season 30? This is the network’s longest-running series in primetime so, I don’t think there’s any way that it will be cancelled. I’m sure it will be renewed for a 30th anniversary season. I’ll update this page with breaking developments. Subscribe for free alerts on Dateline NBC cancellation or renewal news.

What do you think? Are you glad that the Dateline NBC TV show has been renewed for a 30th season? How would you feel if NBC had cancelled this TV series, instead?

How do I contact Dateline? I have a story that needs investigating. I live in Lafayette, Co. It is regarding a very corrupt CPS and my granddaughter being molested in a supposed teen safe house called Chase House in Boulder, Co. CPS is trying to cover it up by taking my granddaughter wherever she wants to go and buying her whatever she wants. And going after me because I won’t let it go.

I don’t understand why all the ratings are only rated by the younger ages and they don’t ask or pole the older ages. My husband and I love this show. We find it better than 20/20. Please do not cancel this show. You haven’t taken my age into consideration for the poles. I am 73. Thank you.

I love dateline. Please do not cancel the best show on TV.