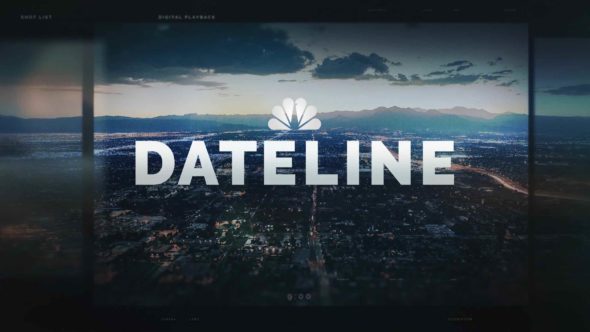 NBC is getting ready to celebrate. The peacock network has renewed Dateline NBC for a 30th anniversary season for 2021-22.

Airing on the NBC television network, Dateline NBC is a news magazine that’s the longest-running series in the network’s primetime history. The program covers stories ranging from mysteries to documentaries and in-depth investigations. Anchor Lester Holt is joined by correspondents like Andrea Canning, Josh Mankiewicz, Keith Morrison, and Dennis Murphy.

The Friday episodes of the 29th season average a 0.42 rating in the 18-49 demographic and 3.00 million viewers in the live+same day ratings. Compared to season 28, that’s down by 23% in the demo and down by 15% in viewership. This season, original episodes have also aired on Sunday, Monday, and Thursday nights, along with Saturday night reruns.

What do you think? Do you enjoy the Dateline NBC Tv series? Are you looking forward to the 30th anniversary season?

I would hate to see the show canceled. If I miss a show I watch it the next day. I love true crime, and this series is top notch!

I am a true crime show addict. Dateline is definitely the best of them all.

I love it,it shows alot of us just what mean people there are in this world,if only they would pause long enough to find JESUS,THEN ALOT OF THIS AWFUL STUFF WOULD STOP.