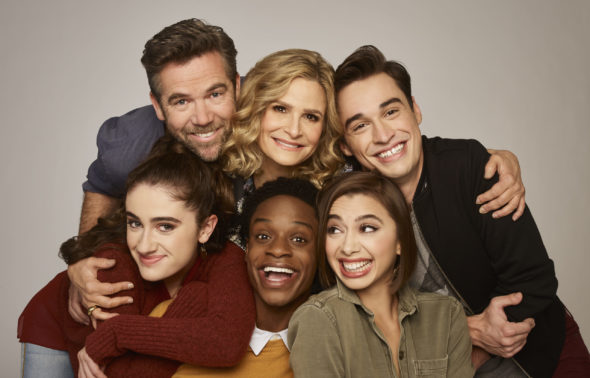 The story begins with Jean Raines (Sedgwick), a mother from Iowa with two adult children who have moved away to start lives of their own 2,000 miles away. Jean was widowed when the kids were young and she misses being an integral part of their lives.

When Jean hasn’t heard from her son Freddie (Bragg) for four days, she hops on a plane to Los Angeles to make sure that he’s okay — much to the chagrin of her best friend since high school, Sharon (Shepherd).

A fish-out-of-water in LA, Jean rents a guest house from Danny (Brammall). He’s a newly divorced and handsome therapist with a British accent who owns a lovable dog named Ripper.

When she visits her kids, Jean discovers they aren’t speaking to one another and she’s completely in the dark about their lives. Jean finds her son Freddie, a game developer, making out with Celia (Caymares), a social media influencer who he’s been dating for a while.

Meanwhile, high-strung daughter Jackie (Sennott) is living with a guy named Austin (Crute), has broken up with her previous boyfriend, and is now dating her much older boss.

Realizing that her kids can still use her help from time to time, Jean gets her kids back together and decides to stick around.

Series Finale:
Episode #13 — Jean There Done That
Jean and Danny embark on a trip to Iowa together with hopes of taking their relationship to the next level, but ghosts from Jean’s past life make it difficult for them to move forward. After becoming addicted to true-crime television, Jackie, Freddie, and Lane realize they don’t know much about Danny and fear that he could be a murderer.
First aired: May 19, 2021.

What do you think? Do you like the Call Your Mother TV show? Do you think it should have been cancelled or renewed for a second season?

I love this show but it’s the same episodes over and over again which means why bother to watch it.

Love the show. Keep it.

Not sure yet, have only watched one.

OMG, that was just awful! Between the non jokes & the canned laughter…. I won’t be tuning in to this train wreck again. Too bad, I really loved her in THE CLOSER!