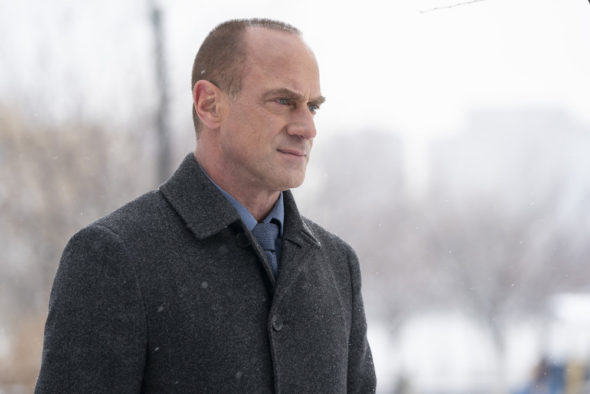 Elliot Stabler is sticking around for the 2021-22 television season. To no surprise, NBC has renewed the Law & Order: Organized Crime TV show for a second year.

A police procedural series, Law & Order: Organized Crime is a spin-off of the long-running Law & Order: Special Victims Unit TV show and stars Christopher Meloni, Dylan McDermott, Tamara Taylor, Danielle Moné Truitt, and Ainsley Seiger. Nicky Torchia, Michael Rivera, and Ibrahim Renno recur. For 12 seasons of SVU, NYPD Detective Elliot Stabler (Meloni) worked for Manhattan’s 16th Precinct and was partnered with Detective Olivia Benson (Mariska Hargitay). In the spin-off, Stabler returns to the NYPD to battle organized crime following the loss of his wife, Kathy, in a car bomb that was meant for him. However, the city and police department have changed dramatically in the decade he’s been away and he must adapt to a criminal justice system in the midst of its own moment of reckoning. Stabler aims to find absolution and rebuild his life while leading a new elite task force that is taking apart the city’s most powerful criminal syndicates one by one.

The renewal announcement was made as part of the peacock network’s reveal of the 2021-2022 schedule.

What do you think? Do you like the Organized Crime TV series? Are you looking forward to watching season two of this NBC series?

I like OC and the storyline season 2. Jack Kilmer is a pretty good actor. The development of regular characters and their issues is becoming stronger. Let’s have a season 3, I like how each season gives a conclusion to the story.

So Love L&O OC! It’s fresh, edgy, sexy everything you could want. Love the continuing story format that allows deeper character development of the villain’s, their families, etc. 10/10!!

PLEASE KEEP LAW & ORDER ORGANIZED CRIME ON AS LONG AS POSSIBLE AND SVU FOR I KNOW OF THOUSANDS OF PEOPLE THAT WILL NO LONGER WATCH NBC OR USA ONCE LAW & ORDER IS GONE. THE L&O UNIVERSE HOLDS MORE POWER THAN I THINK EVEN THE NBC EXECS REALIZE AND WHEN IT IS GONE THERE WILL BE A MAJOR DROP IN NBC VIEWERSHIP AS MOST NON CABLE NETWORKS SEEM TO HAVE DESERTED THE HUGE 45 AND OVER VIEWERS OF TELEVISION!

I couldn’t agree more. I love SVU and now Organized Crime. I would love to see it be continued. Also I especially love seeing the cross overs between SVU and Organized Crime and think there should be a lot more of this.

Glad to know it’s been renewed; look forward to more crossovers with SVU

Love the show. Chris Maloney is such an amazing actor. Happy it has been renewed

Exactly why I posted the comment I did!! Totally AGREE!