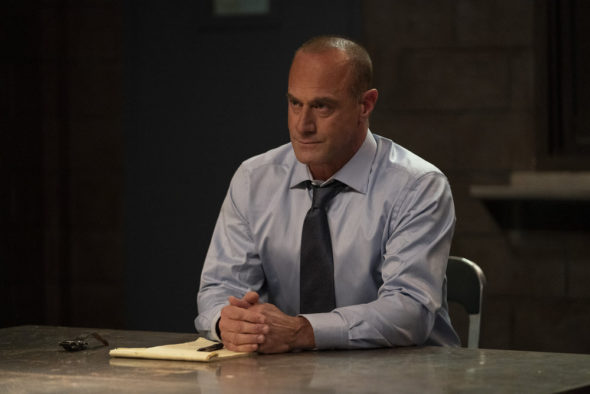 For 12 seasons of SVU, NYPD Detective Elliot Stabler (Meloni) worked for Manhattan’s 16th Precinct, which investigates sex crimes, and was partnered with Detective Olivia Benson (Mariska Hargitay). He is a former Marine, a practicing Catholic, and a married father of five. After being put on administrative leave, following a shooting, Stabler retired from the force rather than having to endure a psychiatric evaluation and anger management training.

In the spin-off, Stabler returns to the NYPD to battle organized crime following the loss of his wife, Kathy, in a car bomb that was meant for him. However, the city and police department have changed dramatically in the decade he’s been away and he must adapt to a criminal justice system in the midst of its own moment of reckoning.

Stabler aims to find absolution and rebuild his life while leading a new elite task force that is taking apart the city’s most powerful criminal syndicates one by one.

What do you think? Do you like the Law & Order: Organized Crime TV show? Do you think it should be cancelled or renewed for another season?

I was quite surprised that’s Law & Order: Organized Crime had an abrupt and meaningful ending.

really good. it did not air this week. hope its on next week.

Absolutely want it to succeed. Love Chris & have caught glimpses of him in some things but so glad he is back & that he & Olivia might finally workout their relationship whatever it may be!