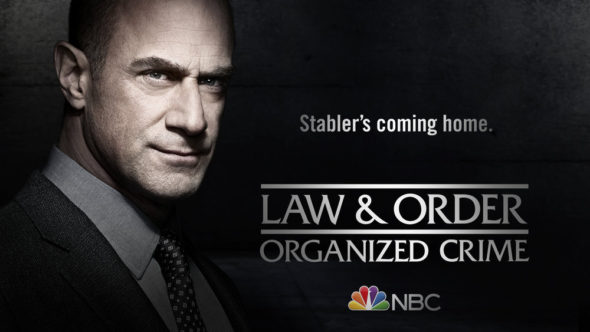 The Law & Order franchise has been running for decades on NBC and several hundreds of episodes. Creator Dick Wolf knows how to create a series and keep it going. Now, he’s introduced a new spin-off that revolves around one of the franchise’s most beloved characters. Can this show fail? Is Law & Order: Organized Crime essentially guaranteed to be renewed for season two or, could it still be cancelled due to disappointing ratings? Stay tuned.  *Status update below.

A police procedural series, Law & Order: Organized Crime is a spin-off of the long-running Law & Order: Special Victims Unit TV show and stars Christopher Meloni, Dylan McDermott, Tamara Taylor, Danielle Moné Truitt, and Ainsley Seiger. Nicky Torchia, Michael Rivera, and Ibrahim Renno recur. For 12 seasons of SVU, NYPD Detective Elliot Stabler (Meloni) worked for Manhattan’s 16th Precinct and was partnered with Detective Olivia Benson (Mariska Hargitay). In the spin-off, Stabler returns to the NYPD to battle organized crime following the loss of his wife, Kathy, in a car bomb that was meant for him. However, the city and police department have changed dramatically in the decade he’s been away and he must adapt to a criminal justice system in the midst of its own moment of reckoning. Stabler aims to find absolution and rebuild his life while leading a new elite task force that is taking apart the city’s most powerful criminal syndicates one by one.

***delete network or cable****Note: These are the final national numbers (unless noted with an “*”). These are different from the fast affiliate numbers which are just estimates of the actual ratings. The final nationals are typically released within 24 hours of the programming or, in the case of weekends and holidays, a couple days later.

What do you think? Do you like the Law & Order: Organized Crime TV series on NBC? Should it be cancelled or renewed for a second season?

*5/14/21 update: Law & Order: Organized Crime has been renewed for a second season on NBC.

Great show. Was glad to see them bring Elliott back. Thanks for renewing