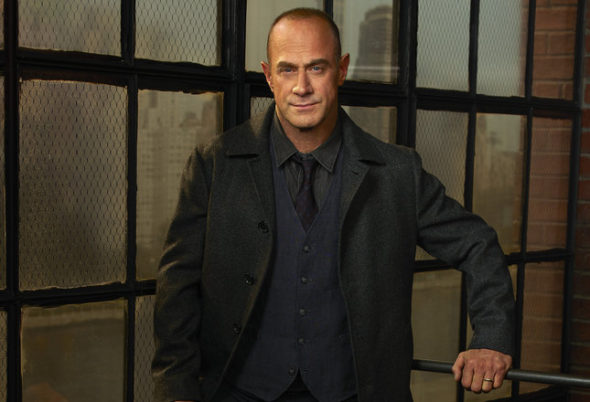 Has Stabler returned for good? Has the Law & Order: Organized Crime TV show been cancelled or renewed for a second season on NBC? The television vulture is watching all the latest cancellation and renewal news, so this page is the place to track the status of Law & Order: Organized Crime, season two. Bookmark it, or subscribe for the latest updates. Remember, the television vulture is watching your shows. Are you?

Airing on the NBC television network, Law & Order: Organized Crime is a spin-off of the long-running Law & Order: Special Victims Unit TV show and stars Christopher Meloni, Dylan McDermott, Tamara Taylor, Danielle Moné Truitt, and Ainsley Seiger. Nicky Torchia, Michael Rivera, and Ibrahim Renno recur. For 12 seasons of SVU, NYPD Detective Elliot Stabler (Meloni) worked for Manhattan’s 16th Precinct and was partnered with Detective Olivia Benson (Mariska Hargitay). In the spin-off, Stabler returns to the NYPD to battle organized crime following the loss of his wife, Kathy, in a car bomb that was meant for him. However, the city and police department have changed dramatically in the decade he’s been away and he must adapt to a criminal justice system in the midst of its own moment of reckoning. Stabler aims to find absolution and rebuild his life while leading a new elite task force that is taking apart the city’s most powerful criminal syndicates one by one.

Will NBC cancel or renew Law & Order: Organized Crime for season two? SVU continues to be a popular series and viewers have been yearning for Meloni’s return for years. Unless something unforeseen happens, I can’t imagine this show not being renewed. I suspect it will run for as long as Meloni wants to do it for a price that the network wants to pay. I’ll update this page with breaking developments. Subscribe for free alerts on Law & Order: Organized Crime cancellation or renewal news.

5/14/21 update: Law & Order: Organized Crime has been renewed for a second season by NBC.

What do you think? Are you glad that the Law & Order: Organized Crime TV show has been renewed for a second season? How would you feel if NBC had cancelled this TV series, instead?

Please renew this. This show kept me on the edge of my seat the entire season!

I would be more than disappointed if they cancelled ORGANIZED CRIME for sure. I love Stabler and if they do then bring him back the SVU SPECIAL VICTIMS. MAKE UP UR MIND ALREADY we are fans and you will be making a big mistake here

Omg I’m so happy law and order organized crime is getting another season yessssss. Let them build up like SVU. Will be watching with my family and that’s a fact.