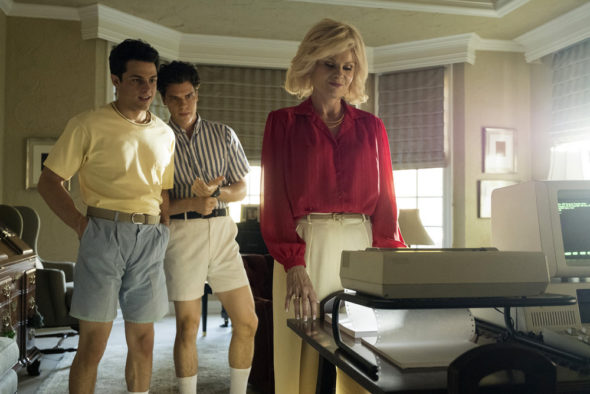 Is the jury still out? Has the Law & Order True Crime TV show been cancelled or renewed for a second season on NBC? The television vulture is watching all the latest cancellation and renewal news, so this page is the place to track the status of Law & Order True Crime, season two. Bookmark it, or subscribe for the latest updates. Remember, the television vulture is watching your shows. Are you?

Generally speaking, NBC and Dick Wolf have had a successful partnership on his sprawling Chicago and Law & Order television series franchises. That said, not all of their attempts have succeeded. Although it premiered with decent numbers, the ratings for True Crime have dropped quite a bit. If Wolf wasn’t so good at making cost-efficient programming, I’d say this series was toast. For now, my empty gut tells me to seek sustenance somewhere else. I’ll update this page with breaking developments. Subscribe for free updates on any Law & Order True Crime cancellation or renewal news.

6/8/18 update: NBC won’t be making a second season in the near future (or possibly, at all). Details here.


What do you think? Are you sorry that the Law & Order True Crime TV show wasn’t renewed for a second season?

Thanks for the info TVChef, I am a big fan of the first season.

It’s back! My company was just booked to cater it….yay!!!

I would love to see a second season of the law and order True Crime series. Maybe something on Susan Smith or Diane Downs or something like that. Please bring back another season. Very i treaging. Love it!!!