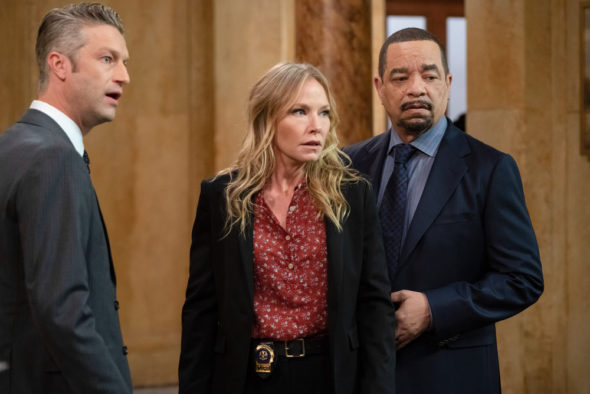 At this point, have Olivia and her team seen it all? Has the Law & Order: Special Victims Unit TV show been cancelled or renewed for a 23rd season on NBC? The television vulture is watching all the latest cancellation and renewal news, so this page is the place to track the status of Law & Order: Special Victims Unit, season 23. Bookmark it, or subscribe for the latest updates. Remember, the television vulture is watching your shows. Are you?

What do you think? Are you glad that the Law & Order: Special Victims Unit TV show has been renewed for a 23rd season? How would you feel if NBC had cancelled this TV series, instead?

I have watched this for decades I love the show it doesn’t just follow all the other police shows. I love the characters. Please don’t stop making new episodes. I like that it isn’t just a run of the mill show.NCIS isn’t the same type of show. I watch both shows they are not just alike. Keep making more of NYPD SVU.

Agreed need to end been around at least 30 years ago old show crime ever final season goodbye never into franchise love NCIS better than this. Coronavirus been worst than ever awful that put in tv complete made up aggravated.

Haven’t watched this in years…. The stories are worse than watching the news. Why would they think people want to see this year after year?