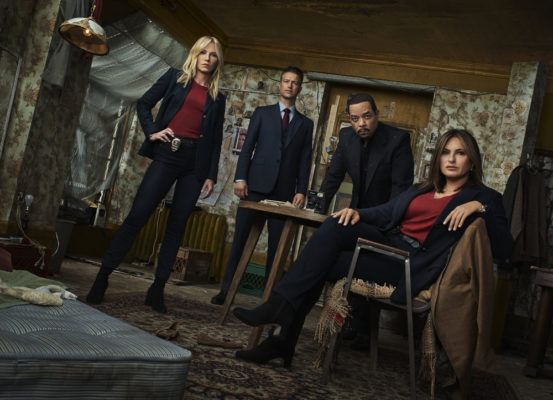 Will Benson and company ever retire? Has the Law & Order: Special Victims Unit TV show been cancelled or renewed for a 22nd season on NBC? The television vulture is watching all the latest cancellation and renewal news, so this page is the place to track the status of Law & Order: Special Victims Unit, season 22. Bookmark it, or subscribe for the latest updates. Remember, the television vulture is watching your shows. Are you?

Will NBC cancel or renew Law & Order: Special Victims Unit for season 22? It’s been a solid performer for NBC for a very long time so, unless the numbers completely collapse, I’m confident it will be renewed. I’ll keep an eye on the ratings and update this page with breaking developments. Subscribe for free alerts on Law & Order: Special Victims Unit cancellation or renewal news.

What do you think? Are you glad that the Law & Order: Special Victims Unit TV show has been renewed for a 22nd season? How would you feel if NBC had cancelled this TV series, instead?

SVU is Amazing, The characters are Outstanding. It touches my heart on a personal level every time I watch this Fantastic Series. I couldn’t imagine this show being cancelled for any reason. I am Thrilled that it has been RENEWED!!! Deepest of Thanks!

Please don’t cancel SUV. This is the best show on tv. I love all the characters. Olivia Benson being my favorite! My husband and I watched regularly. I continue to watch. I am very glad it has been renewed.

I agree Kathy Thomas. Who doesn’t enjoy watching the Bad people who hurt and destroy get caught?? I know I do. This show has become part of my family!

Please don’t cancel this show. It is one of the best on television, I’ve watched this, and Law and Order, now cancelled since the first episodes.