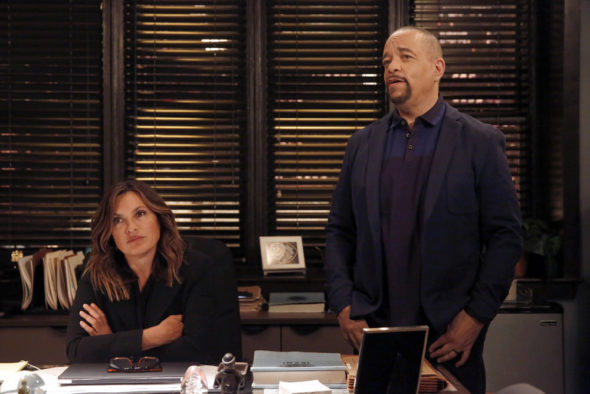 Is the NYPD’s Special Victims Unit still getting the job done in the 19th season of the Law & Order: Special Victims Unit TV show on NBC? As we all know, the Nielsen ratings typically play a big role in determining whether a TV show like Law & Order: SVU is cancelled or renewed for season 20. Unfortunately, most of us do not live in Nielsen households. Because many viewers feel frustrated that their viewing habits and opinions aren’t considered, we’d like to offer you the chance to rate all the season 19 episodes of Law & Order: SVU below.

What do you think? Which season 19 episodes of the Law & Order: SVU TV series do you rate as wonderful, terrible, or somewhere between? Should NBC cancel or renew Law & Order: SVU  for a 20th season? Don’t forget to vote, and share your thoughts, below.

I love SVU but can no longer handle the Very Loud Obnoxious music that drowns out the dialogue. It’s especially annoying since Olivia likes to whisper her lines.

Great show! Hope it continues. Only complaint is music background is too loud and often viewer cannot hear dialogue.