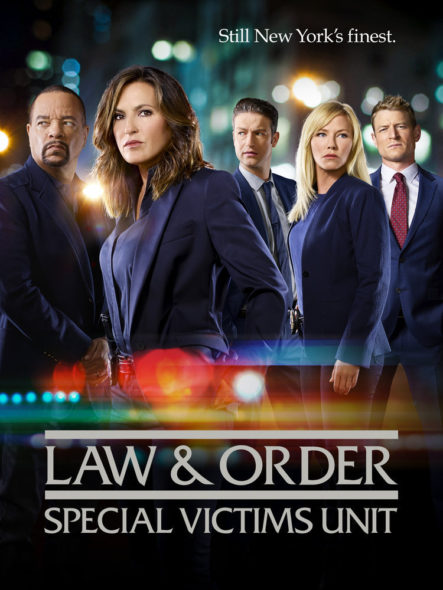 In lieu of a press release, NBC announced the Law & Order: SVU 20th season renewal on Twitter. Check it out.


We're not DUN DUN yet. #SVU returns for Season 20 on @NBC. pic.twitter.com/5vApYuOYgX

Law & Order: Special Victims Unit: A Look at the Ratings

The 19th season of Law & Order: SVU is averaging a 1.28 rating in the 18-49 demographic and 5.971 million viewers. Compared to season 18, that’s down by 4.56% in the demo, but it is up by 2.50% in viewership. When compared to the other scripted NBC TV shows we are tracking, the series remains a top-three performer in the demo and a top-five performer in terms of total audience size.

What do you think? Are you still a fan of the Law & Order: SVU TV series? Did you think NBC would cancel or renew it for season 20? Let us know, below.