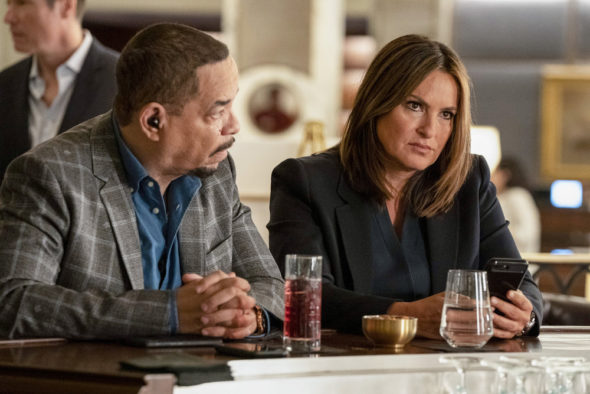 What do you think? Which season 21 episodes of the Law & Order: Special Victims Unit TV series do you rate as wonderful, terrible, or somewhere between? Do you think that SVU on NBC should be cancelled or renewed for a 22nd season? Don’t forget to vote, and share your thoughts, below.

Love Law and Order: SVU! I hope it gets renewed for another season!!

Law And Order, Special Victims Unit should get another Season. It comes through and I love it.

Love this show has to stay on beat show ever

Law and Order SVU is the best show. Mariska Hargitay is an unbelievable actress. She and Ice T can never leave. The rest of the cast is also unbelievable. Keep going please. Great writing. Up to date on current matters. Just terrific.

I think it’s one of the shows that keeps your interest. I love it and keep it going.

I hope they keep suv going ,never boring always something new ..I love this show

There is a reason this show has made it 21 Seasons. Keep it going until Mariska Hargitay calls it. No one can replace Defective Benson.

Law and Order SVU is my favorite show!! I hope it stays on air forever.

Love Law and Order SVU hope it never gets cancelled.