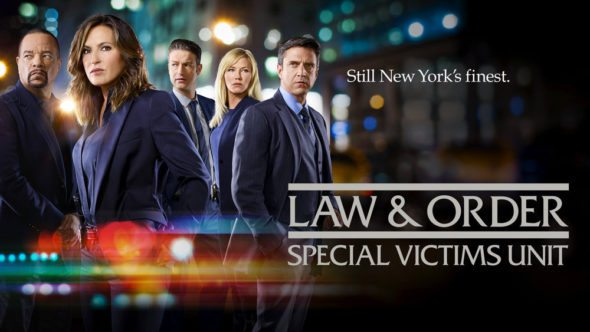 Despite diminishing numbers last season, the Law & Order: Special Victims Unit TV show staved off cancellation by remaining one of NBC’s best performing scripted series. Since it is now in its 19th season, is an end-date in sight? If its Nielsen ratings keep falling, will Law & Order: SVU be cancelled or renewed for season 20? Stay tuned. *Update below.

What do you think? Do you still like the Law & Order: Special Victims Unit TV series? Should it be cancelled or renewed for a 20th season on NBC?