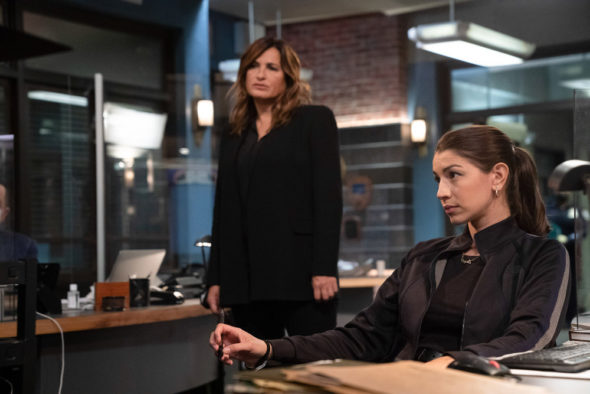 Love, love, love the show. This year, episode 12 was outstanding. The most amazing acting performance was given by Sarita Choudhury. She deserves an Emmy for that performance. WOW! I also love seeing Chris Meloni again.

SVU season 22 has lost it’s magic. Needs another male detective!! There’s too much focus on their private lives (nobody cares – get on with the case). I also feel at times there is overacting which stops the viewer from being absorbed. This used to be my favourite show. Disappointing!

I disagree. I love a small insight into the detectives personal lives, just as long as it’s not overwhelming, which it isn’t right now. All shows of this type have personal references. I’m also glad to see a good show with good female performances throughout.

i have alway like Special Victums but sorry the new episodes are too political. will mot watch any more

I have been watching this show since season 1, episode 1. Now after 20+years I am still watching and still enjoying every week. Now let’s talk turkey .. Elliott is back and I couldn’t be happier. I waited ten years for this. Now I get to watch both shows and will be absolutely giddy when they cross over which I am sure all SVU fans will wait for. Please please please don’t cancel and get Elliot to come to SVU more.

Great show. Hope it stays on the air for many years.

Love this show! These episodes aren’t contrived reality. They are based on the horrors of what is really happening in our world and what the justice system will and won’t do.

This show never gets old. Just love Special Victims Unit, the team is great. Just love Ice Tea and Captain Bensen together very entertaining!!! I have been a fan since day one and will continue to be a fan.

I give it a great rating and I still hope that NBC will be a renewal for the new season.

I haven’t watched this in years… I don’t like their stories… too hard to take.