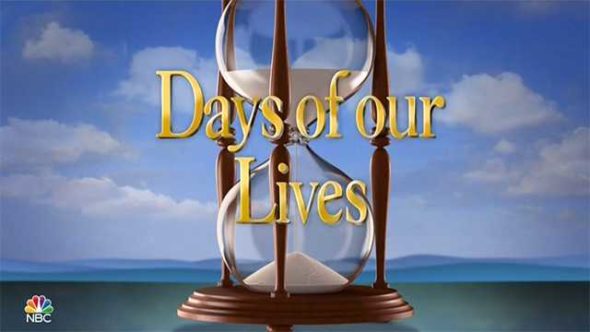 Some soap operas, Young & The Restless and Bold & the Beautiful, are going off the air due to the production shutdown, but they will be back. Days of Our Lives and General Hospital are still also on the air. Soap operas have a long history, and ABC is now looking at the story behind the soaps and their longevity in a new special set to air next month.

ABC revealed more about the special in a press release. Check that out below.

“ABC and PEOPLE present “The Story of Soaps,” a two-hour prime-time television event highlighting the iconic impact of the soap opera. Featuring an incredible panel of experts and voices, “The Story of Soaps” airs TUESDAY, MAY 19 (8:00-10:00 p.m. EDT), on ABC.

“The Story of Soaps” explores how no genre of television has laid deeper roots into our cultural consciousness and serialized storytelling than the soap opera. In today’s shifting television landscape, “The Story of Soaps” traces how female creators migrated from radio to television to become the dominant force in daytime for more than three decades. Today, that legacy is alive and well all over prime time and reality, and much of what propels modern television traces its roots back to those first sprawling, steamy storylines. “The Story of Soaps” takes an extensive look at this iconic, impactful genre and the cultural phenomenon its massive impact has had on the world at large.”

Check out the trailer for the special below.

What do you think? Are you a fan of soap operas? Will you watch this special next month?

I was a 30 year teacher with lesson plans to do, attendance data to post and constantly upgrade, papers to grade and prepare for inclass activities and presentations to get done and did not watch Soaps. I am now retired and my husband is now deceased and I found time for All My Children. After it ended, I am on board with Days Of Our Lives(DOOL) only.

DOOL, is a weird soap. I watch it to take the place of All my children and One life to live. I still miss those soaps and wish the would bring them back. Way too many boring talk shows!!

I will watch. I grew up watching many daytime dramas & still do. General hospital & Days of our Lives are my favorites. It’s wrong they’ve taken so many off. There are a lot of shows in night time that are just like soaps & there are viewers. I wish daytime had more & they can be half hour if an hour is too expensive to make.

Yes, I will watch the special. I have watched the Soaps since the 70s, first All My Children, then added Guiding Light, and now since they are gone General Hospital.

I am a huge fan of The Young and The Restless 🙂

Darlene love the show get up everyday wanting to see this show my husband watching it with me now he retired and my daughter sense she grown up it all together so much fun and general hospital to. we watch. them everyday together thank

I have been watching soaps since Search For Tomorrow and Guiding Light were on from 12:30 to 1:00 . 15 minutes each. Ryan’s Hope, Another World, the Doctors. Edge of Night Love of life when Christopher Reeve was in it.
I can’t wait to watch it!!!

I need my General Hospital every day.

I have been following DOOL since the first day. Love the other 3 soaps too and will be watching ABC’s special.

I am a soap opera fan. I still miss one life to live, as the world turns, guiding light and all my children in that order. Don’t watch the daytime soaps that are on today because I don’t like them. Would watch all of my old soaps again in re-runs even.