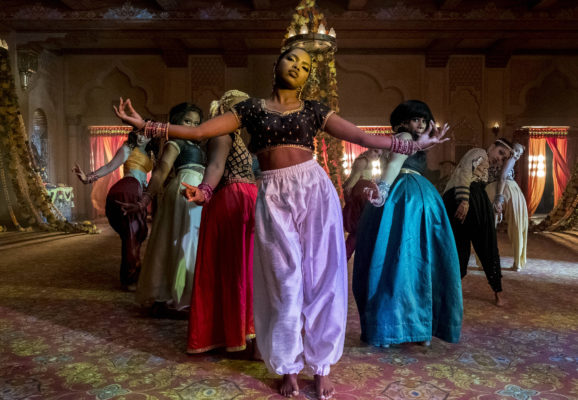 How rocky is the road to success for Star, Alexandra, and Simone, in the second season of the Star TV show on FOX? As we all know, the Nielsen ratings typically play a big role in determining whether a TV show like Star is cancelled or renewed for season three. Unfortunately, most of us do not live in Nielsen households. Because many viewers feel frustrated that their viewing habits and opinions aren’t considered, we’d like to offer you the chance to rate all the season two episodes of Star for us here.

A FOX musical drama from Lee Daniels and Tom Donaghy, Star stars Queen Latifah, Benjamin Bratt, Jude Demorest, Ryan Destiny, Brittany O’Grady, Amiyah Scott, Quincy Brown, and Miss Lawrence. The show follows three young talents as they navigate the cut-throat music business. With Carlotta (Latifah) as their new manager, and a deal with Midtown Sound, Star (Demorest), Alexandra (Destiny), and Simone’s (O’Grady) lives will never be the same. Meanwhile, Cotton (Scott) is out of prison, and Derek (Brown) and Alexandra have to come to terms with the fact that he may not walk again, while Jahil’s (Bratt) fate remains uncertain.

What do you think? Which season two episodes of the Star TV series do you rate as wonderful, terrible, or somewhere between? Should FOX cancel or renew Star  for a third season? Don’t forget to vote, and share your thoughts, below.

All the episodes I enjoyed watching.

Am from kenya.. I just love star… Quavo made a track and its dopest thing in my mind right now… I love star family. Blessup

LOVE everything but the music could be better? I mean if it were really on Billboard, it prolly wouldnt make it but the show, characters, storyline, heat, DRAMA, ALL GOOD!!!

Star is a awesome tv series. Lee Daniels should do more series for Star.

I have enjoyed all of Star’s season Two shows. I preset them ano do not interrupt. It is shameful and appalling that ALL HOUSEHOLDS are not considered in ratings. Especially, when cable/satellite already monitor our household and/or electronic. RENEW for a third and fourth season.

Please Renew for another season Star is the hottest show out here!!? You would be crazy to cancel this show!!! Lee Daniels best work I’ve seen.