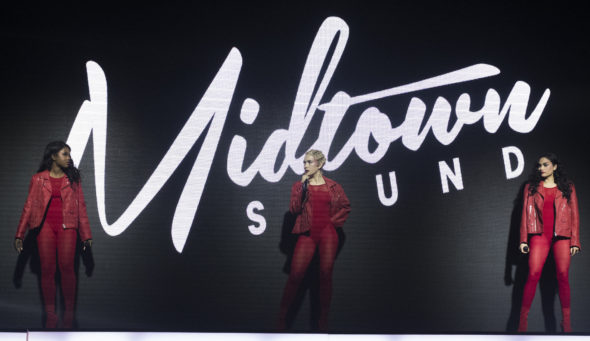 Star light, star bright, you’re going to get more of Star, all right. FOX has renewed its Star TV show for a third season.

Star: A Look at the Ratings

The second season of Star is averaging a 1.34 rating in the 18-49 year old viewer demographic and 4.22 million viewers. Compared to season one, that’s even in the demo and even in viewership. Learn how Star stacks up against the other FOX TV shows.

In its sophomore showing, the series has ranked well within the network’s top ten Nielsen ratings performers, so the renewal makes sense of FOX. Why did the renewal not come sooner? The series is reportedly expensive to produce and international sales have been “challenging”. If the ratings sink lower in season three, Star could find itself on the bubble next spring.

The renewal was announced on the same day that it was revealed that co-creator Lee Daniels has signed a new overall deal with 20th Century Fox Television.

What do you think? Are you a fan of the Star TV series? Did you think it would be cancelled or renewed for season three? Let us know, below.

Please do not cancel this show I love it! I actually downloaded their songs on iTunes.

I also thought that Fox was canceling the series because of the way the last episode ended, but I am so happy that it is renewed! Star is one of my favorite shows and I look forward to seeing how the characters and story arcs develop next season.

I was really hoping for another season!!!!!

Love this show! I live in the Atlanta area so that makes it more fun!

I thought it would be cancelled because of the way they left season 2 end.