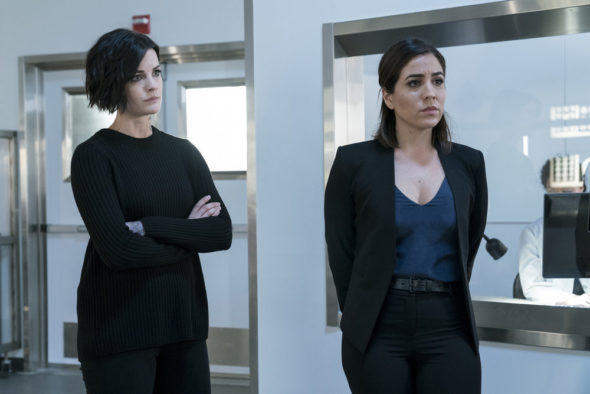 Time hasn’t run out for Jane Doe. The Blindspot TV show has been renewed for a fourth season by NBC. The series, which once seemed like it could be the Peacock Network’s next big thing has hemorrhaged viewers each season, so the renewal is a bit of a surprise. However, the series has a devoted fan base and the network negotiated a license fee reduction last year so that the show has been profitable for NBC.

The third season of Blindspot is averaging a 0.62 rating in the 18-49 demographic and 3.30 million viewers. Compared to season two, that’s down by 39% and 33%, respectively. Find out how Blindspot stacks up against other NBC TV shows.


We've got another case to solve. #Blindspot will return for season 4 on @NBC. pic.twitter.com/FZfNmp9uop

What do you think? Did you expect NBC to cancel or renew its Blindspot TV series for season four? Would you have been upset if the series had been cancelled? Let us know, below.

I really like this show and hope they keep it going. It’s so unique and I’m sure there’s plenty more tattoos left to solve. The characters and actors who portray them are great! I can’t wait to see the new season!!

Please we love Blindspot i cant wait for S4