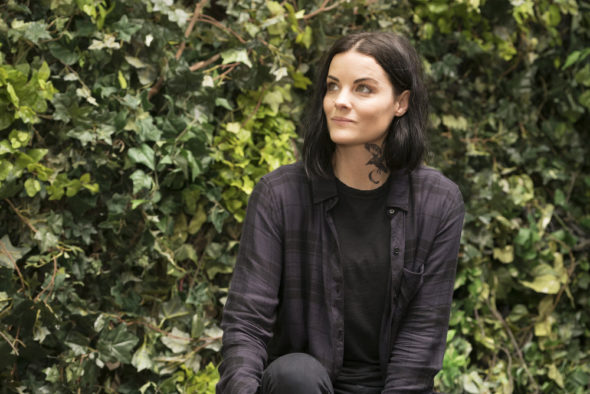 Can the FBI team clear their names in the fifth season of the Blindspot TV show on NBC? As we all know, the Nielsen ratings typically play a big role in determining whether a TV show like Blindspot is cancelled or renewed for season six (in this case, we know it’s ending). Unfortunately, most of us do not live in Nielsen households. Because many viewers feel frustration when their viewing habits and opinions aren’t considered, we invite you to rate all of the fifth season episodes of Blindspot here.

A NBC action thriller, Blindspot stars Sullivan Stapleton, Jaimie Alexander, Rob Brown, Audrey Esparza, Ashley Johnson, Ennis Esmer, and Mary Elizabeth Mastrantonio. After amnesiac “Jane Doe” (Alexander) is found in Times Square, FBI Agent Kurt Weller (Stapleton) and his team work to decipher her intricate tattoos. Despite a web of conspiracy and corruption, they begin to uncover clues, as well as Jane’s identity. In the fifth and final season, the team is on the run. Jane and the surviving members of the former FBI taskforce race against the clock to clear their names.

What do you think? Which season five episodes of the Blindspot TV series do you rate as wonderful, terrible, or somewhere between? Do you think that Blindspot should have been renewed for a sixth season on NBC? Don’t forget to vote, and share your thoughts, below.

Cancelling this series is a huge disappointment. You feel there is a lack of ability to be creative? That’s just ridiculous. You lose as well as the viewership.

Not sure I got the ending of the series. Was the last scene at the table just a dream? Or, did Jane die on the NY street after the explosion? Confused!!!

This was a very good police drama, it was never boring and always kept you on the edge of your seat. Great performances all across the board. They should rethink cancellation of a very good show. If not, maybe another network should be smart enough to pick it up.

I love Blindspot and I’m just so disappointed about it ending. I don’t understand because the ratings seem as good or better than some shows that were renewed! I wish you could reconsider as I don’t really get attached to many series like Blindspot. Please Please renew!

I wish the show would continue. If it can’t please get the lunitic out of there. Losing Reed was really sad in season 5 epitssode 1. I hope there are no more deaths. I want to thank you for the 4 seasons that we have already had of blindspot and I hope everything gets wrapped up in season 5. Please let them get Matelin and bring her down.
thank you cast for everything. I hope there will be a season 6. We will miss you.
from Laura your blindspot fan

The FBI and CIA has seen a lot of movies about FBA and CIA values, but the blind spot is the only one that has shown its value for a long time in its 5 seasons.

Thank you for allowing us to Vote!!!!!
It is very frustrating to not have a say in shows we really enjoy!!
The Blindspot we just watched was great, although Sad to find that Rob Brown’s character was killed off in the episode
Mary Elizabeth Mastrantonio to be able to see the group bring their group down !!!
Thank you

I agree, it was a very good show. I really loved and enjoyed it so very much. The people behind the cancellation should have their heads examined.

The first season was the best. Hopefully they were able to wrap up the story at the end of this season.

Wish I could save this offbeat interesting show. Get it uncancelled, but the suits at nbc are mentally defectives.