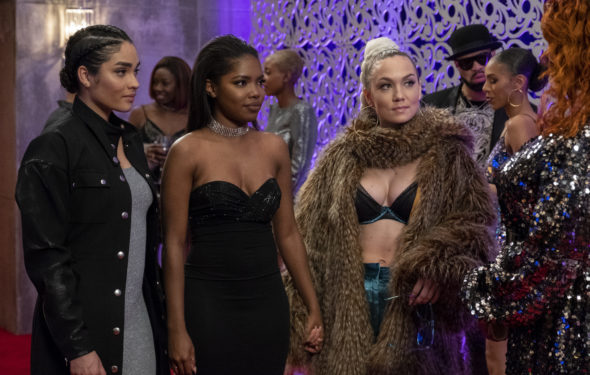 The beat won’t go on for one FOX series. The network has cancelled their Star TV show so it won’t be back for a fourth season.

The third season of Star on FOX is averaging a 1.08 rating in the 18-49 demographic and 3.58 million viewers. Compared to season two, that’s down by 18% in the demo and down by 13% in viewership. While it’s not one of FOX’s top-rated programs, the series continues to rank in the network’s top 10 series.

What do you think? Are you a fan of the Star TV show on FOX? Are you sorry that the series has been cancelled? Would you have watched season four?

How the **** you just going to stop airing like people don’t want to see what happens after Alex wedding and Star baby getting stolen??????????????

We definitely need a better ending to know what exactly happened at the end of season 3. That’s nuts that they didn’t even think twice of the viewers who need an actual series finally. Fox sucks for that.

I really think this is stupid, star is a good show but also shows the struggles people face and how they still bring it together to come out in top, breaks my heart the way it ended

I agree so dissatisfied. Absolutely love this show. Can’t believe it ended like that. So many hopes to see a season 4. Come on just 1 more.

This is so crazy how could you end a season like this and we never known what happens ne t at least give us a 4th season to actually close it off the way that yall did it!!!!

I am absolutely devastated how do you end it like that? We need one more season to Atleast close it off!!! Atleast a fair well!! Oh my gosh my heart is in a million pieces!! What about Davis? What about Derek & Alex?? Ugh I can’t believe you guys did me so dirty

You can’t just leave a show like that and never answer all the questions we have!! This is some ********