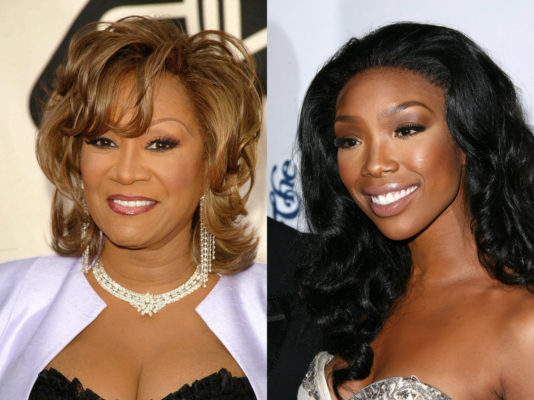 In the next all-new episode of STAR, “Faking It,” airing Wednesday, Nov. 15 (9:00-10:00 PM ET/PT) on FOX, Ayanna (Michael Michele) must quickly do damage control to restore Midtown’s image, amidst all of the heat the label is catching from the tragic police incident. Desperate for a spot in the showcase, the girls (Jude Demorest, Ryan Destiny and Brittany O’Grady) work on convincing hot recording artist – Joyce Sheree (guest star Teyana Taylor) – to do a featured verse on one of their songs. Carlotta continues to fight for custody of Simone; a misleading photo of Noah (Luke James) and Alex goes viral; and Cotton (Amiyah Scott) juggles two relationships. Meanwhile, Brody’s (Stephen Dorff) motivation for his return to Atlanta is revealed.

With a career that spans more than 50 years, Patti LaBelle has earned 13 Grammy Award nominations and two wins, and sold more than 50 million albums worldwide. She was inducted into the Grammy Hall of Fame, the Apollo Theater Legends Hall of Fame and the Songwriters’ Hall of Fame and received a star on the Hollywood Walk of Fame. In 2005, she was awarded the “Legend Award” by the World Music Awards. In addition to her success as a music artist, LaBelle is a bestselling author, actress, humanitarian and entrepreneur, with a successful product line, Patti’s Good Life. Her most recent projects include the cookbook Desserts LaBelle (April 2017), jazz album Bel Hommage (May 2017) and forthcoming holiday album Patti LaBelle and Friends – Home for the Holidays (November 24, 2017).

Brandy Norwood is a multi-Platinum, Grammy Award-winning singer, songwriter and actress. She was one of the most successful multi-media stars of the past two decades, with a constant presence on pop and R&B charts, the hit sitcom “Moesha” and the TV movie phenomenon “Cinderella.” Her additional film and TV credits include horror film “I Still Know What You Did Last Summer” and TV series “The Game” and “America’s Got Talent.” Norwood made her Broadway debut as “Roxie Hart” in the Tony Award-winning musical “Chicago” and recently appeared on FOX’s “My Kitchen Rules.”

What do you think? Do you watch Star? Are you enjoying season two so far?

Love this show please do not cancel !!!!