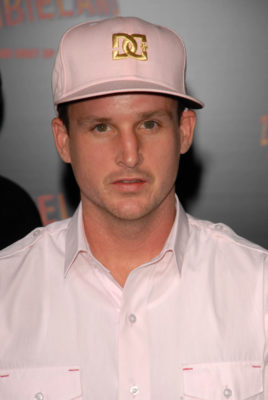 Rob Dyrdek has a new show at MTV. This week, the network announced they’ve ordered a new series from the Ridiculousness host called Amazingness.

The talent show will “introduce the world to the most ridiculously talented young people in the country – an eclectic and diverse mix of amateur and viral talent, who compete to earn the top spot.” In addition to Dyrdek as host, the show will feature Eddie Huang, Krystal Bee, and Chris “Drama” Pfaff as judges.

“Working together again, my production company Superjacket and MTV have created a perfect complement to ‘Ridiculousness,'” said executive producer and host Rob Dyrdek. “‘Amazingness’ is a fast-paced show that is to wins what Ridiculousness is to fails – with all the irreverent comedy and nonstop action you’d expect.”

In “Amazingness,” Dyrdek will introduce the world to the most ridiculously talented young people in the country – an eclectic and diverse mix of amateur and viral talent, who compete to earn the top spot. The first act goes to the Top Spot, but every following performer has the opportunity to dethrone them. After each performance, Dyrdek and the judges will decide who stays on top and who gets dropped. The last one standing will have the “Amazingness” of a champion and walk away with $10,000 dollars in cash.

Rob Dyrdek became a professional athlete at age sixteen and created his first company at age eighteen, quickly becoming an influential entrepreneur. His approach quickly led him to co-create and executive produce his first television show “Rob & Big” with MTV, which proved successful and out of which came “Rob Dyrdek’s Fantasy Factory.” Continuing his television success, Dyrdek launched his production company Superjacket and created “Ridiculousness” on MTV, all while beating world records with physical feats and launching new brands for his venture studio, Dyrdek Machine. Dyrdek enjoys a fulfilling life with his family in Beverly Hills, while he continues to build his dream – and help others achieve their own “Amazingness.”

Eddie Huang is a chef, writer, host, producer, designer, speaker and social advocate whose work is recognized for bridging food with music, culture, comedy and politics. Huang adopted “Fresh Off The Boat” for his first book, a New York Times Bestseller, which led him to produce the sitcom of the same name for ABC. He is the chef and owner of the popular Taiwanese restaurant Baohaus in New York and Los Angeles.

Krystal Bee is currently on the Cruz Show, which airs weekdays on Power 106 from her hometown of Los Angeles. Covering all things music and entertainment, Krystal has covered events including the VMAs, Coachella, and Rock the Bells and has appeared on Revolt TV, Dish Nation, Steve Aoki’s “Dim Mak Studios” and more.

Chris “Drama” Pfaff moved to Los Angeles with dreams of working in a skateboard shop, and through his cousin, Rob Dyrdek, he became a character “Rob & Big” and “Fantasy Factory.” At age 22, he launched a t-shirt and streetwear line, Young & Reckless, which has grown into a nationwide brand with celebrity endorsements from Puff Daddy and Justin Bieber.

The milestone season ten of “Ridiculousness” returns with all new episodes showcasing the Internet’s funniest viral videos and epic fails in hysterical new categories like “Super She-roes,” “Bro-Motion,” “Truth Bombs,” and “Tongue Cam” which will leave the audience belly laughing. Sterling “Steelo” Brim and Chanel “West Coast” are back and will join Dyrdek and another unbelievable line-up of special guests for the blown-out season.

What do you think? Are you a fan of Ridiculousness? Will you watch Amazingness?