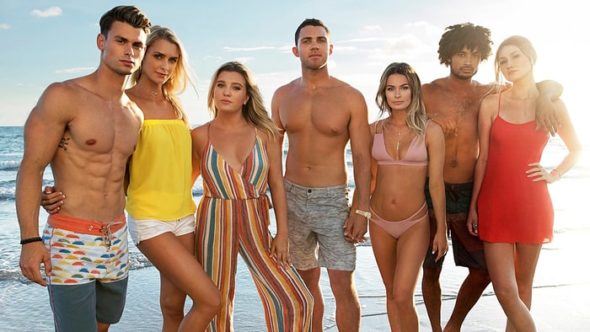 MTV wants more of the Siesta Key TV show and the cable channel is hoping that viewers feel the same way. A reality show that follows a group of twenty-somethings on Florida’s Gulf Coast, Siesta Key has been a summer success for MTV. As a result the cable channel has ordered eight additional episodes of the series and plans to air the installments in the early part of 2018.

HOLLYWOOD, CA (October 3, 2017) – MTV today announced that it has given a full season order to its smash summer hit, “Siesta Key.” Currently pacing as the number one original cable series in its time period (Monday 10 p.m.), the network will add eight episodes to the season bringing its first season total to 18. Production is currently underway, and the drama is just starting to heat up with the new episodes slated for winter 2018.

Including Live+3 DVR data, “Siesta Key” is averaging a 1.07 rating among adults P18-34. It ranks as the number one original cable series in its time period (Mondays at 10 p.m.) and is MTV’s top performing new series since the summer of 2014.

In the final episode of the summer “Juliette’s Midsummer Dream,” which aired last night (10 p.m. ET/PT) Juliette’s cruel intentions take a turn as her feelings for Garrett become real. Meanwhile, Kelsey’s decisions catch up with her as Alex realizes he’s been running from the best thing he’s ever had. Elsewhere, Madisson finally tells Alex how she really feels and Pauly pushes Chloe to her limit.

“Siesta Key,” is the ultimate summer series that follows a group of young adults confronting issues of love, heartbreak and looming adulthood. From the executive producers of MTV’s “Laguna Beach,” the cameras follow this group of friends as they spend the summer together in their beautiful hometown, while they come of age and try to figure out who they are and what they want to be.

About MTV:
MTV is a global youth culture brand inspired by music. MTV is a unit of Viacom Inc. (NASDAQ: VIAB, VIA)

What do you think? Did you watch the Siesta Key TV show this summer? Will you continue to watch the series this winter?

I missed the whole series and it only aired once on Monday nights sop hopefully MTV will stop being stingy with their episodes and air it multiple times.