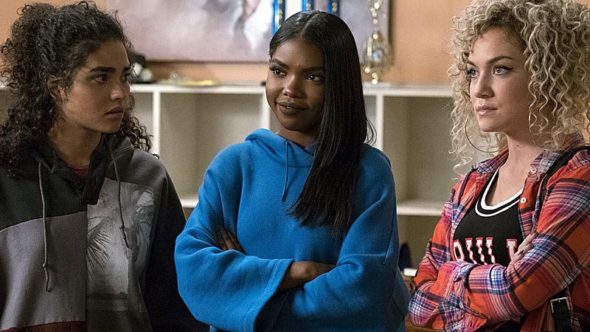 After trying to rescue the cancelled TV show, Daniels announced today Star will not return for a fourth season. FOX cancelled the series after three seasons earlier this month.

What do you think? Are you a fan of Star? Would you have watched a fourth season?

Yes, I was a fan of Star – a very current show depicting life as it is today – why do all the great shows get canceled & the bad ones stay on? Please bring back Star for the people who are devoted fans – please do it for us!!!!!

It never was that great from the start and I am surprised that it lasted for 3 seasons.

I can’t believe you are cancelling this show at this point!!! Been watching since the begining and you can’t just leave us hanging!!!! TERRIBLE!!!! There are other shows out there that are outragous….At least start season 4 and give us some sort of closure. PLEASE bring it back!!!!

That is so rediclious how do u end a show like that now i see why not many people like the channel fox they just need to put it on hulu and forget fox cuz star is so much better then the lame empire they sud of got rid of that garbage instead of star!!!!!!! God works miracles i believe he will make a way for them and its not over for the crew or the show

No offense but I highly doubt God cares about whether or not a show comes back. Ugh.

I give Lee Daniels the good effort on pushing hard to keep Star for a another season or two. Hopefully he can make Star into a movie to fill out the rest of what happened on the show.

Extremely annoyed. There was still so much more to tell. What was it did it touch too many issues that are issues in the real world and people couldn’t handle that. This show deserved so much more. Why give empire that final season and not Star. Empire has ran its course Star still had a story tell. Great job @Foxtv you really know how to loose fans.

I am very disappointed. It should have at least ended with an episode tying up all story lines.

Not fair, great show. I wish 90210 was not coming back cancel that show