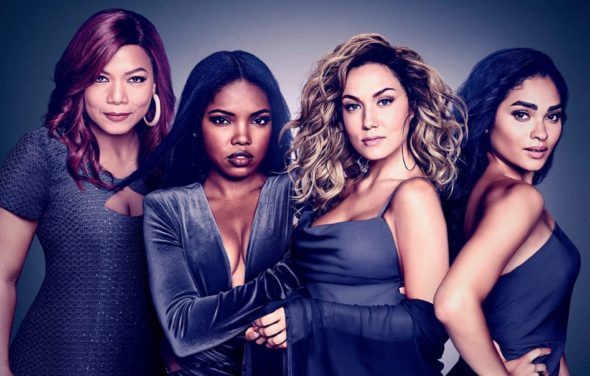 Are the talented ladies of Star still singing the right tune? Has the Star TV show been cancelled or renewed for a fourth season on FOX? The television vulture is watching for the latest cancellation and renewal news, so this page is the place to track the status of Star, season four. Bookmark it, or subscribe for the latest updates. Remember, the television vulture is watching your shows. Are you?

The third season of Star on FOX averaged a 1.06 rating in the 18-49 demographic and 3.54 million viewers. Compared to season two, that’s down by 19% in the demo and down by 14% in viewership. Find out how Star stacks up against the other FOX TV shows.

Will FOX cancel or renew Star for season four? Unless something unexpected happens, I’m sure this show is safe for 2019-20. I’ll update this page with breaking developments. Subscribe for free Star cancellation and renewal alerts.

5/10/2019 Status Update: Star has been cancelled by FOX; there will be no season four. Details  here.

What do you think? Did you hope the Star TV show would be renewed for a fourth season? How do you feel, since FOX cancelled this TV series instead?

Why would u make a bad ass show like this then leave everyone that loves it hanging and then say theys gunna be a movie to tie it all up that’s messed up this show is liked a lot more then u guys think bring back more seasons not jus a 4 but more it’s an awesome TV series. Bring it back we don’t want a movie 2 tie it up we want more seasons.

When come back on Fox

I want to know what happens to star baby you can’t leave people hanging like that , it’s not a proper ending. Please bring it back

Bring back star. You can’t leave us like this. How it ended has me waiting for season 4 !

How you just going to just leave people hanging like that. A shooting at the wedding and then the disappearance of Star baby. You just cancel the show and want to make a movie to wrap things up. Bring back STAR AND MAKE MORE SEASONS IT’S WILL BE WORTH IT.

I’m writing about the tv show star how can it end like that. What I can’t get is why!? Can you plz consider bring the show back so we can find out what happened to star baby, who got shot at the reception? Will corlota son want to talk to him.

can y’all please bring back star I love the show