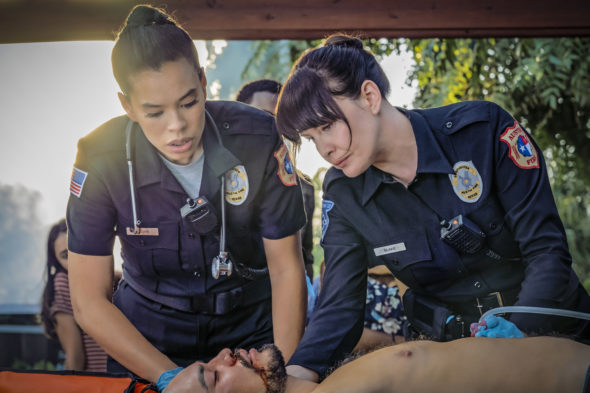 Does FOX have another hit on its hands? Has the 9-1-1: Lone Star TV show been cancelled or renewed for a second season on FOX? The television vulture is watching all the latest cancellation and renewal news, so this page is the place to track the status of 9-1-1: Lone Star, season two. Bookmark it, or subscribe for the latest updates. Remember, the television vulture is watching your shows. Are you?

Will FOX cancel or renew 9-1-1: Lone Star for season two? The original series has been very successful for the network so, I suspect the spin-off will also be renewed. I’ll update this page with breaking developments. Subscribe for free alerts on 9-1-1: Lone Star cancellation or renewal news.

What do you think? Are you glad that the 9-1-1: Lone Star TV show has been renewed for a second season? How would you feel if FOX had cancelled this TV series, instead?

Anyone know where I can find series2 to watch now??

Absolutely love the show, just wish there were more episodes. I’ve binge watched them all & got none left to watch Would love to watch series 2 but can’t find it anywhere, I’m gutted.

Please keep 911: Lone Star going. I watch it when 911 is off for the season. I like being able to watch one then the other. 2 of the best shows.

Hopefully there will be a second season, I really enjoyed it.

KEEP IT !! I’d love to watch all of season 1 over again if I could and can’t wait until season 2 starts.

No TV shows are realistic really. Certainly not the medical or police shows. Certainly not Chicago PD. Hank would be hung by his toenails. BUT, I always watch it.

Please keep this show! I love it and it’s message of commraderie and acceptance.