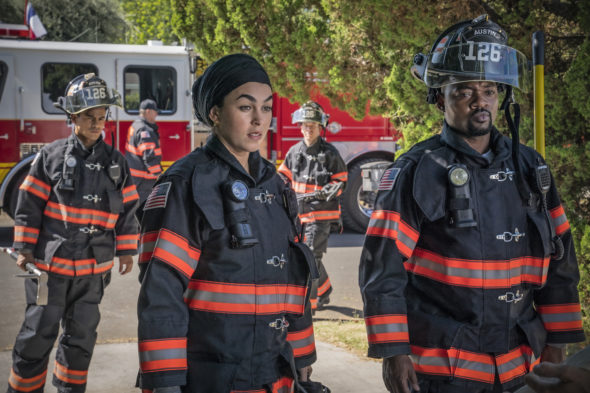 I love 911 lone star it action packed from start I love way Michelle is trying to find iris .

This is a Great show! Please Do Not Cancel! Wonderful writing and the whole cast is great! ~ Peace, Marc

911 Lone Star TV show is so good..to me it protrays
down to earth characters & experiences reflecting care, true concern, compassion and comradery
I cannot wait for another season.

This show is fantastic…..as a member of the fire family I look forward to every episode.. And I have enjoyed every single one. Please renew it for another season!

This show cannot compare with 911. The female paramedic is not a good actor. I am so tired of the main character talking about his looks, etc. Not a good series.

I love both 911 and 911 lone star they both are great show i wish you would put both on . my husband and i enjoy both of them PLEASE dont take either show off