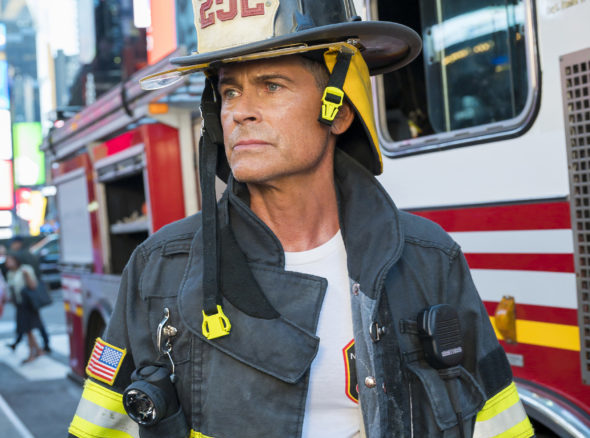 9-1-1: Lone Star is coming to FOX this January, and viewers are now being given their first look at the spin-off series, which stars Rob Lowe and Liv Tyler. The series brings the life and death situations found currently on 9-1-1 to a new city: Austin, Texas.

9-1-1: Lone Star will have its premiere on FOX following the NFC championship game, airing on January 19, before airing its time slot premiere on January 20. The network revealed more about the plot of the series in a press release. Check that out below.

“Nearly 20 years ago, OWEN STRAND (Emmy Award nominee Rob Lowe, Parks and Recreation, The West Wing) was the lone survivor of his Manhattan firehouse on 9/11. In the wake of the attack, Owen had the unenviable task of rebuilding his station. After a similar tragedy happens to a firehouse in Austin, Owen, along with his troubled firefighter son, T.K. (Ronen Rubinstein, Dead of Summer), takes his progressive philosophies of life and firefighting down to Texas, where he helps them start anew. On the surface, Owen is all about big-city style and swagger, but underneath he struggles with a secret he hides from the world – one that could very well end his life. The series also stars Liv Tyler (The Leftovers), Sierra McClain (Mindhunter), Jim Parrack (The Deuce, True Blood), Natacha Karam (The Brave), Brian Michael Smith (Queen Sugar), newcomer Rafael Silva and Julian Works (American Crime).”

FOX also released a preview for the new series. Check that out now.

What do you think? Are you adding 9-1-1: Lone Star to your watch list this January?

I think he perfect looking and he acts like a soap opera star.

I like rob lowe I will give the show a chance