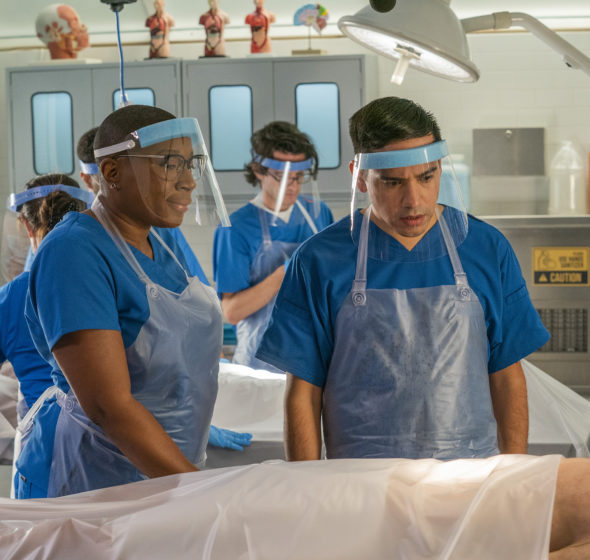 The big 9-1-1 and 9-1-1: Lone Star crossover event is coming soon. The special two-hour event will air on February 1st, and the man behind the two FOX shows, Tim Minear, teased what will happen during the event.

He said the following about the FOX shows, per The Wrap:

“There are sort of a couple of different stories that are happening in that episode and it’s an episode of Lone Star, so I’m servicing all those Lone Star characters. And I always knew that I wanted to see what it was like to have T.K. and Buck have a story together. I thought there was something really interesting about seeing Eddie and Marjan (Natacha Karam) and Judd (Jim Parrack) together. And I had a whole Owen story that I wanted to do, which I did, that I was very excited about and it’s sort of coming off of events that happen in the first couple of episodes. And the question was sort of, who is the most interesting character for Owen to share this story with? And it didn’t initially occur to me that it should be Hen, but once I realized it should be Hen — it all just kind of made perfect sense. It’s the pairing that you sort of don’t expect. And Aisha Hinds and Rob Lowe together, it’s just such an interesting dynamic. And Hen really has something that she can give to Owen, in terms of her own experience. So it just ended up making perfect sense. Owen’s been through 9/11, and he’s going to go through another shocking trauma in Episode 2. And Hen has got her own trauma from last year, when she had her accident with the ambulance. So it just made sense.”

“I keep saying it’s probably going to be the biggest episode we will ever have — so far. I hope I’m not over-exaggerating, but I really think it will be. First of all, you’ve seen in some of the promos, it looks different, the crossover. It looks like a war film. It’s crazy. It looks like we’re shooting ‘Platoon’ or something. So I think overall this episode is going to be unbelievable. And I think it’s definitely going to be a fan favorite. I know it’s my favorite already, so, we’ll see.”

What do you think? Are you excited to see the 9-1-1 crossover event on FOX?