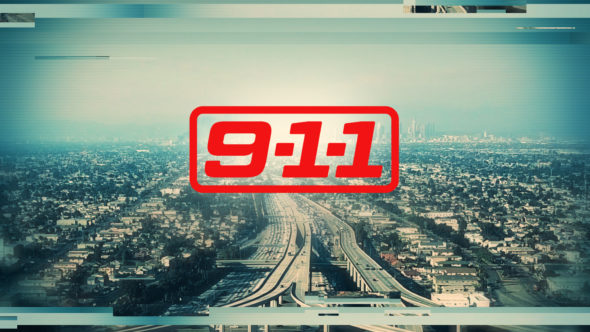 9-1-1 and 9-1-1: Lone Star are both returning to FOX in early 2021, and a big crossover is in the works for the first-responder drama series. Members of the Lone Star cast teased the event on social media.

Brian Michael Smith also shared images from the crossover on his Twitter.

Tim Minear teased about the possibility of crossovers for the two FOX shows back in May. He said the following, per TV Insider:

“There will definitely be crossovers. We’re kicking around some ideas now about how to accomplish that. It’s time now that we can cross-pollinate those worlds a little bit. I actually have a couple of ideas that are traditional crossover ideas and then ways to have stories cross over between episodes that aren’t necessarily one cast guesting on the other episode.”

9-1-1 and 9-1-1: Lone Star premiere their new seasons on January 18th. A landslide taking out the Hollywood sign was teased for the return of the 9-1-1 earlier this month. It’s unclear when the crossover will air.

I can’t wait to see both 9-1-1 and 9-1-1 Lone Star because I truly enjoy the show and the individual character.