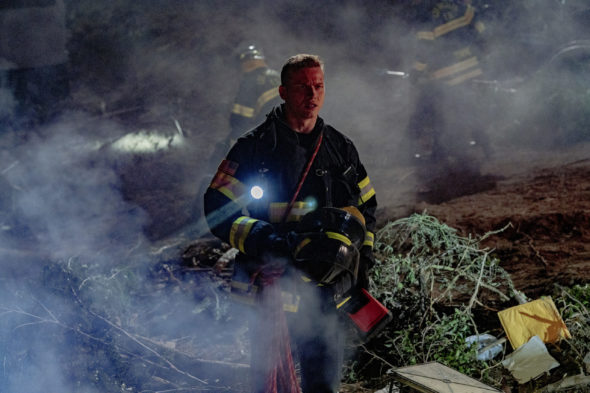 9-1-1 has wrapped its third season, and season four is already in the works. Showrunner Tim Minear revealed his plans in a recent interview with Deadline. Fans could see Brooke Shields return for the fourth season, and some crossovers with 9-1-1: Lone Star are also in the works.

Minear also revealed more about the fourth season of 9-1-1 in regard to Jennifer Love Hewitt’s character. He said the following:

“You know Chimney and Maddie, those characters have earned a little happiness. There’s just not a nicer couple on TV. So, in this case, being a showrunner, I can, by fiat, make babies happen. I think what works on our show is just the evolution of people’s relationships in their lives, and I mean, weirdly, I would say maybe a big influence on me as a writer was Thirtysomething, in some weird way. It’s like people that you want to be around, people that you can relate to, and you know life isn’t static. It moves forward.”

As for future crossovers with Lone Star, Minear revealed the following:

“There’s going to be crossovers now. I have a couple of ideas on how to cross-pollinate things. [Before] I was entirely speaking about a first season. Like, I wanted to kind of get the other show up on its feet and let it live in its own lane for a while. But now, I feel like I would probably be foolish not to take advantage of that kind of crossover opportunity.”

What do you think? Are you a fan of these two FOX shows? Do you like one more than the other?

Love both series!! Can’t wait for season 4 and 2!! I think a crossover would be amazing.

I love them both – but please try to stick to reality!! I worked for Firefighters for 19 years, and Lone Star seems to lose touch more than 911.

Love 911 not so much Lone Star

I am not a fan of Brooke Shields. Looking forward to a new season of the original 9-1-1.

both shows are great- like 911-lone star best! keep up good work.