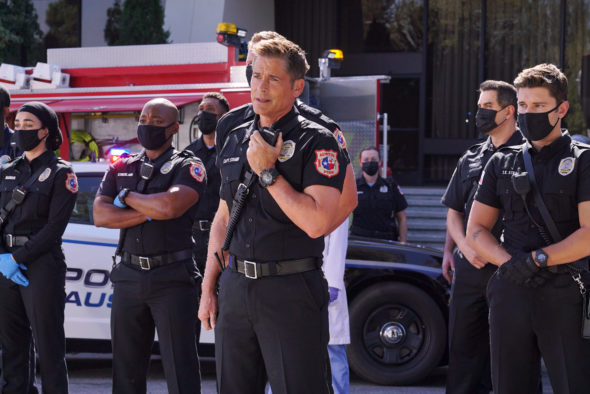 Will this show keep delivering the ratings? Has the 9-1-1: Lone Star TV show been cancelled or renewed for a third season on FOX? The television vulture is watching all the latest cancellation and renewal news, so this page is the place to track the status of 9-1-1: Lone Star, season three. Bookmark it, or subscribe for the latest updates. Remember, the television vulture is watching your shows. Are you?

Will FOX cancel or renew 9-1-1: Lone Star for season three? This was the highest-rated new scripted series on FOX last year and the network needs successful series. I have no doubt that 9-1-1: Lone Star will be renewed for a third season. I’ll update this page with breaking developments. Subscribe for free alerts on 9-1-1: Lone Star cancellation or renewal news.

What do you think? Are you glad that the 9-1-1: Lone Star TV show has been renewed for a third season? How would you feel if FOX had cancelled this TV series, instead?

I freaking love this show! I do not care what area they are in or if the setting doesnt resemble the supposed area. THIS IS A GREAT HEART FELT SHOW AND I LOVE ROB LOWE! Judd and grace are my absoulute fav couple in the show. PLEASE KEEP RENEWING THIS! I WOULD BE SO DEVASTATED IF 9-1-1 LONESTAR GOT CANCELLED!

The scenery may not be Austin, but the characters are likeable, which isn’t true in most shows. Like the action.

This show needs a lot of work! The most basic is the setting does not remotely resemble Austin, TX, I’ve lived here for 45 years, I know we do not have palm trees in abundance, Spanish style stucco houses or brown mountains. Starting with the title page and ending view, not Austin’s skyline. You could probably find an image on the internet. Hello southern CA anyone. Can’t stand to watch this train wreck.