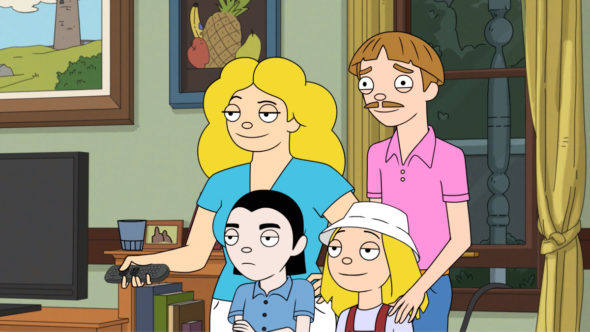 Debbie (Seehorn) is the overconfident female head of the Harper household. After losing her high-paying job, Debbie and her family of oddballs must move to the poor side of an Arkansas small town and the historic Harper House, an inherited Victorian fixer-upper.

Debbie’s husband, Freddie (Lee), is a fretful, stay-at-home, helicopter dad. A neurotic control freak, Freddie runs the home while his wife makes the money, and he wouldn’t have it any other way.

Their extroverted and free-spirited 11-year-old daughter, Ollie (Maslany), is recklessly optimistic and somewhat gullible. Ollie’s twin brother, Todd (Flynn), is an intellectual with a mean potty mouth. Where Ollie shines with people, Todd excels at school and generally only gets along with his family.

Their across-the-street neighbors are the Bradleys, a family that doesn’t quite know what to make of the Harpers. Sarcastic Katrina (Funk) and proud patriarch Gbenge (Williams) run Bradleys’ Bookshop together and their daughter, Shauna (Sidibe), is the cunning and resourceful classmate of Ollie and Todd.

Other characters include mother-son duo Gwen (Nguyen) and JimJoe Dang (Krall). Gwen owns the Vietnamese market and cafe that the Harpers frequent, while her son JimJoe attends school with the Harper kids. Dr. Morocco (Diamantopoulos) is the school’s mysterious principal while Ms. Gonzalez (Hausmann) is a teacher who is fresh out of grad school and eager to employ all of her new teaching methods.

Series Finale:
Episode #10 — Bad Help
Concerned about looking like a bad ally, Freddie attempts to hide his racist family history from their friends and neighbors and Todd gets some hollow help from Ollie with his school project.
First aired: November 4, 2021.

What do you think? Do you like The Harper House TV show? Do you think it should have been cancelled or renewed for a second season?