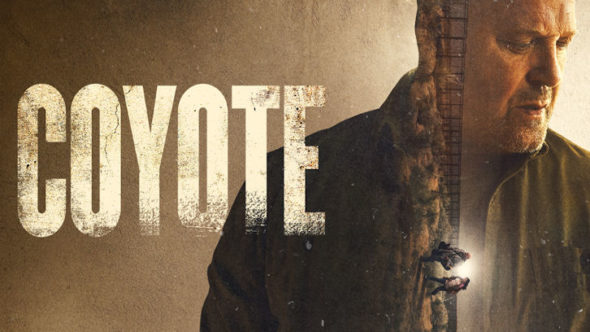 TV show description:
A drama series, the Coyote TV show tells the story of Ben Clemens (Chiklis). After 32 years as a border patrol agent, he’s forced to work for the very people he spent his career trying to keep out of America.

Now exposed to life on the other side of the wall, Ben starts to question his black and white views of the world, challenging his ideology and his loyalties.

Other characters include Silvia (Paz), the proprietor of the local taqueria; Chayo (Ferrer), a member of the Cartel and has a very personal ax to grind; Sultan (Pisano), a member of the Cartel and a second-generation Mexican American who has fled to Mexico; Holly Vincent (McWilliams), a smart, savvy, and streetwise HSI Agent; Neto (Cedillo), a seasoned, local cop in a small Mexico town.

What do you think? Do you like the Coyote TV show? Do you think it should be cancelled or renewed for another season?

Good show! Ould Love to see the rest of the story!

I think it’s a great show. All cast played a great role.
I was disappointed that it ended at episode 6.
Waiting for the next episodes to release.
Any idea when?

Just watched all 6 episodes with a friend this weekend. Great show! We both loved it. I hope we get a 2nd, 3rd and possibly more seasons.

Love the show and intricate plot. Intriguing and not without its humour. Michael Chickliss is awesome.

My husband and I love Coyote! The story line is great! The characters are challenged by various circumstances! The show keeps you involved and guessing! Season 2 where are you!

I absolutely love the show Coyote, and think it should go on for ever. Michael Chiklis is an amazing actor and plays his parts with the utmost talent. It’s like having Vic Mackey (the shield) back on the screen. #renewCoyote!

RENEW!!!!
Michael Chiklis rocks.
He makes the best cop/agent, The Shield was awesome.

The series should be renewed. It has a rare emotional and cultural complexity to it that is highly engaging. The writing is strong, production values are high and the cast is uniformly good. Can’t ask for much more than that.

Show is very good, can’t wait for the nexr episode.

It’s a good show- I hope it is not cancelled because people do not have CBS all access. I think many would like it if they had a chance to see it. Please finish the season!!!

Edge of your seat nerve racking. Sometimes painfully slow and you know somethings coming. I really want The show to continue. The cast is believable and well chosen.
I am definitely ready for season two or a continuation of season one either way. I hope everybody made it through Covid

I already made a comment and now it won’t let me make another. After second thought I’m pretty pissed off that they were supposed to have 10 episodes on paramount and ended up only doing 6 on cbs because of covid. That’s dumb as ****. I thought after 6 episodes that I just caught up to date but no, the show it over!!! Not even a cliff hanger, it was half a show!!! Not happy with that. I know shows leave you with a cliff hanger to get you to come back but this just stopped in the middle of… Read more »

I would love to see this show but we don’t have CBS All access.