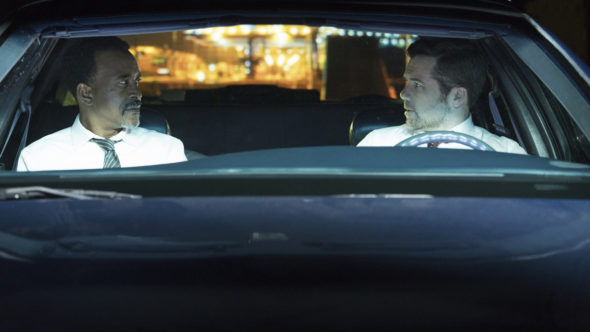 Will this stakeout ever pay off? Has the No Activity TV show been cancelled or renewed for a second season on CBS All Access? The television vulture is watching all the latest TV cancellation and renewal news, so this page is the place to track the status of No Activity, season two. Bookmark it, or subscribe for the latest updates. Remember, the television vulture is watching your shows. Are you?

Unless they decide to publicize its viewership statistics, it is hard to tell whether CBS All Access will cancel or renew No Activity for season two. That said, let’s look at what we do know. The comedy is an American adaptation of an Australian series (co-created by star Brammall), which is entering its third season, so the concept has already been audience-tested. Additionally, CBS All Access is really trying to build up its programming slate. For these reasons, I think a second season renewal is more likely than a cancellation. Still, I’ll keep an eye on the trades and update this page with breaking developments. Subscribe for any No Activity cancellation or renewal news.

2/13 update: No Activity is renewed for season two on CBS All Access. Details here.

What do you think? Did you think the the No Activity TV show would be renewed for a second season? How would you feel, had CBS All Access cancelled this TV series, instead?