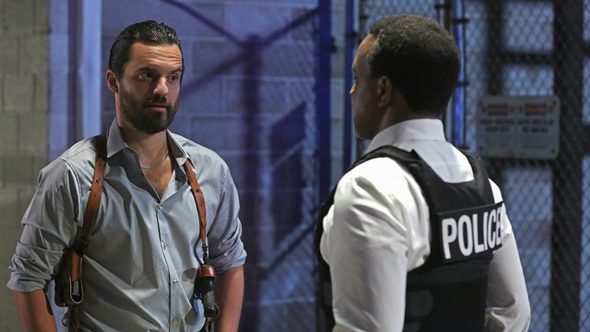 It’s a yes for No Activity! CBS All Access just announced they’ve renewed the TV show for a third season.

CBS All Access has not yet announced a premiere date for season three of No Activity, but you can read more info below:

“We are so excited to welcome back our favorite cops for a third season of NO ACTIVITY,” said Julie McNamara, Executive Vice President, Original Content for CBS All Access. “Trent O’Donnell and Patrick Brammall, along with Funny Or Die and Gary Sanchez Productions, just keep outdoing themselves. NO ACTIVITY is a master class in proving that while our characters may be bored, they are never boring.”

The first two seasons of NO ACTIVITY are currently available to stream on CBS All Access.

In addition to NO ACTIVITY, CBS All Access’ growing slate of original series also include THE GOOD FIGHT, which will premiere its third season on March 14, STRANGE ANGEL, returning for a second season this summer, and TELL ME A STORY. CBS All Access’ slate of original series will continue to expand with the reimagining of THE TWILIGHT ZONE, premiering April 1, new series WHY WOMEN KILL and INTERROGATION and limited series THE STAND, with additional programming to be announced. CBS All Access is also the exclusive domestic home to STAR TREK: DISCOVERY, STAR TREK: LOWER DECKS and a new untitled “Star Trek” series featuring Sir Patrick Stewart reprising his iconic role as Jean-Luc Picard.”

What do you think? Have you seen No Activity? Will you watch season three?