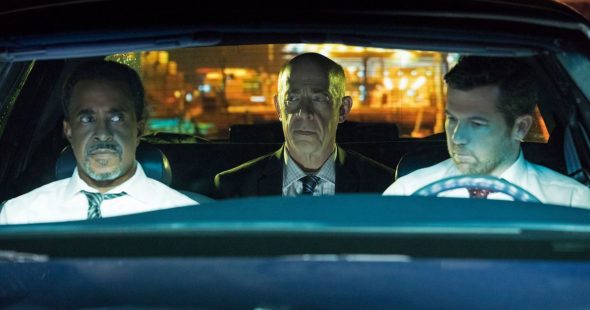 What’s next for No Activity? CBS All Access just announced the TV show’s third season will premiere in November.

The new season of the comedy series will see Patrick Brammall “reprise his role as Detective Nick Cullen, a low-level cop who has spent far too much time in a car with his partner, Detective Judd Tolbeck.” Guest stars include Jason Mantzoukas, Beth Behrs, Joe Keery, and Keegan-Michael Key.

Season three of No Activity premieres on CBS All Access on November 21st.

Check out a preview and read more info below:

Oct. 15, 2019 – CBS All Access, CBS’ digital subscription video on-demand and live streaming service, today announced that all eight episodes of the third season of its original comedy series NO ACTIVITY will be available to binge beginning Thursday, Nov. 21.

Following last season’s disastrous bust, season three finds detectives Nick Cullen and Judd Tolbeck back in uniform with a revolving door of quirky new partners and even quirkier criminals, while robots edge in on Janice and Fatima in dispatch.

In addition to NO ACTIVITY, CBS All Access’ growing slate of original series currently includes THE GOOD FIGHT, STRANGE ANGEL, TELL ME A STORY, THE TWILIGHT ZONE, WHY WOMEN KILL, the forthcoming INTERROGATION, the limited event series THE STAND and THE MAN WHO FELL TO EARTH, with additional programming to be announced. CBS All Access is also the exclusive domestic home to STAR TREK: DISCOVERY, STAR TREK: LOWER DECKS and STAR TREK: PICARD, featuring Sir Patrick Stewart reprising his iconic role as Jean-Luc Picard.”

What do you think? Have you seen No Activity? Will you watch season three?