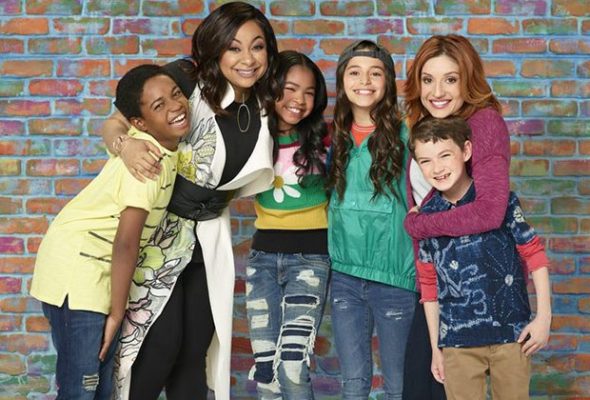 Disney Channel is keeping Raven’s Home around. The network just announced they’ve renewed the TV show for a fourth season.

A sequel to That’s So Raven, the comedy series “follows childhood best friends Raven Baxter (Raven-Symoné) and Chelsea Daniels (Anneliese van der Pol). All grown up now, single moms Raven and Chelsea decided to move in together to raise their families.”

Although ratings have dropped for Raven’s Home over the years, the series remains a hit for Disney Channel. Overall, season three averaged a .13 rating in the 18-49 demo and 567,000 viewers.

“Raven is a huge part of the Disney Channel family and ‘Raven’s Home’ continues to serve our audience with the comedy, heart and relatability that they want to see on TV,” said Kory Lunsford, vice president, Current Series, Disney Channel. “We have much more in store for the Baxter family and their household and can’t wait for new stories to unfold in season four.”

Made for kids age 6-14 and their families, “Raven’s Home” is a spinoff of the iconic Disney Channel comedy “That’s So Raven” (2003-2007), which followed the whimsical, somewhat psychic teen Raven Baxter. Now, Raven is a divorced single mom of teen twins, Nia and Booker, and she’s not the only one in the family who can catch glimpses of the future – her son Booker has inherited her gift. Just like his mom, Booker can see just enough of the future to try and change it. Hilarity ensues as Raven and Booker try to understand their unpredictable visions while navigating a hectic but loving household that also includes Raven’s longtime best friend Chelsea and her son Levi, and Nia’s best friend Tess.

“Raven’s Home” was developed by longtime writer/producer partners Scott Thomas and Jed Elinoff, and created by “That’s So Raven” creators Michael Poryes and Susan Sherman. The series is a production of It’s a Laugh Productions, Inc. and carries a TV-G parental guideline.”

What do you think? Does your family watch Raven’s Home? Are you glad it’s coming back?

I love this show and was happy to hear that it returned for a 4th season. I hope this is not the last season for this show. It is very good and funny. Also please create more Sophia the first. It ended to soon. My little niece and son loved this show also.

Yes my son is SO happy. He’s 11 and absolutely LOVES this show. There needs to be more shows like this available for kids to watch!!! I’ve watched it as well and it’s really funny.

To bad it will be the final season. Disney is notorious for cancelling shows after four seasons.

After all we’d been through where no live action DC Show that premiered after Liv & Maddie had a 4th Season.

If only we knew what it takes for live action Disney Channel Shows to be given 4th seasons, and as to how Andi Mack did not meet those requirements.