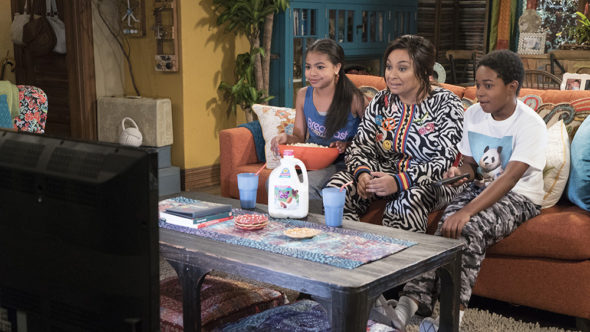 During an interview with Us Weekly Live, Raven-Symone revealed Disney Channel has renewed Raven’s Home for a third season. Check out the full interview below:

What do you think? Have you seen Raven’s Home? Are you glad it’s been renewed?

I just wanted to know
When is the season
four Is coming???

can you tell me where this show is filmed? i will be in LA in march with my 10 yr old granddaughter who would love to see it filemd

Does anyone know why Anneliese Vanderpol has been missing from so many episodes? Did she leave the show.

I am very happy Raven Home has been renewed. This has become a go to for my family. I remember when I was in high school That’s So Raven was one of my siblings and I go to disney channel shows to watch. (Disney channel was really up to date then new episodes and movies every friday) To now have this show to watch with my children makes me so happy. Also, they let Raven be the complete goofy, silly mama and that is very relatable to me. My 13yr old son very often throughout the episodes say ma that’s… Read more »

So happy that this light-hearted, funny, and non-political show has been renewed for a third Season. In today’s chaotic world this heartwarming comedy is truly a guilty pleasure.