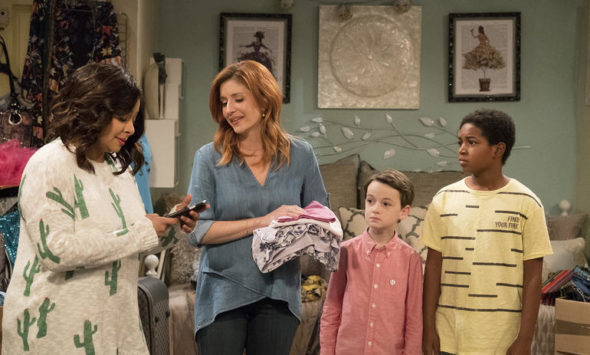 Raven-Symone and her friends are coming back this summer. Disney Channel has announced that the second season of Raven’s Home will launch on Monday, June 25th. A spin-off of That’s So Raven, Raven’s Home was renewed for a second season back in October 2017.

Made for kids age 6-14 and their families, the series will continue to present funny, relatable, heartfelt and broad storylines about kids, parents, twin siblings and best friends for life. In the second season, Raven Baxter, played by Emmy(R)-nominated comedic actress Raven-Symoné, learns along with the entire family that her son Booker has inherited her ability to catch glimpses into the future. When Booker and Raven’s visions collide, it sets madcap escapades into motion for the entire extended family.

The second season will spotlight the multitalented cast in a show-stopping musical episode, with original songs and dance numbers choreographed by Will “Willdabeast” Adams and directed by Paul Hoen (director of over a dozen Disney Channel Original Movies including “ZOMBIES” and “Camp Rock 2,” “Let It Shine”).

In July 2017, “Raven’s Home” debuted as the #1 live-action cable TV series premiere among its targeted demographics – Kids 6-11 (1.33 million/5.6 rating) and Tweens 9-14 (1.54 million/6.3 rating) – and as the #1 live-action series premiere among all kid cable TV networks in Total Viewers (4.19 million) in two years since Disney Channel’s “BUNK’D” (July 31, 2015). During its debut season, “Raven’s Home” amassed over 50 million views on TV and digital viewing platforms, including 18.1 million total views on Disney Channel’s YouTube and 12 million views on VOD. The series was nominated for an NAACP Image Award and Raven-Symoné was nominated for a Daytime Emmy Award.

For the second season, Raven was reunited with Dava Savel and Michael Feldman (writer/producers on “That’s So Raven”), who joined as executive producers. The series theme song, “Raven’s Home,” is performed by Raven-Symoné, Navia Robinson, Issac Ryan Brown, Jason Maybaum, Sky Katz, and Anneliese Van der Pol and was written and produced by Andy Love, Joacim Persson and Johan Alkenas. The series was created by Michael Poryes and Susan Sherman and developed by Jed Elinoff and Scott Thomas. “Raven’s Home” is a production of It’s a Laugh Productions, Inc. and carries a TV-G parental guideline.

What do you think? Do you enjoy this spin-off of the That’s So Raven TV show? Will you be watching season two of Raven’s Home on Disney Channel?