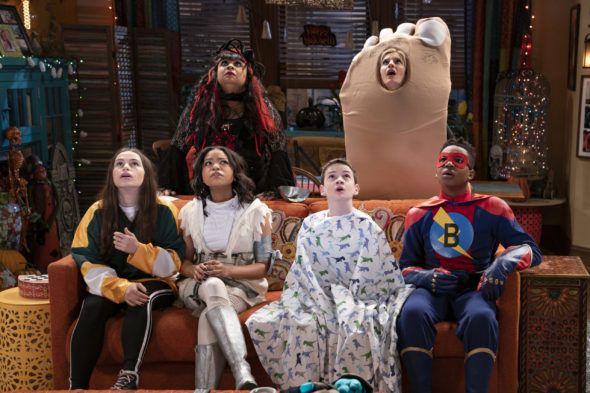 Raven’s Home will have a chilling start to its fourth season. The comedy series, which is a spin-off of That’s So Raven from the 2000s, will see the premiere of new episodes on Disney Channel in October. Raven-Symoné, Anneliese van der Pol, Issac Ryan Brown, Navia Ziraili Robinson, Jason Maybaum, and Sky Katz star in the series.

This series follows Raven and her childhood best friend as they live their adult lives. The premiere of Raven’s Home arrives on October 9th, and Disney Channel revealed details about the premiere in a press release.

“Now that they are high school students, Booker and Nia feel they are too old for trick-or-treating. They instead convince Levi, Tess and Ramon to join them for a night of real scares and fun in 4B, the apartment that is suspected to be haunted. Meanwhile, Raven and Chelsea stir up their own batch of holiday antics when they throw a Halloween party for the younger neighborhood kids.”

What do you think? Are you a fan of Raven’s Home? Will you watch the return of the series on Disney Channel?