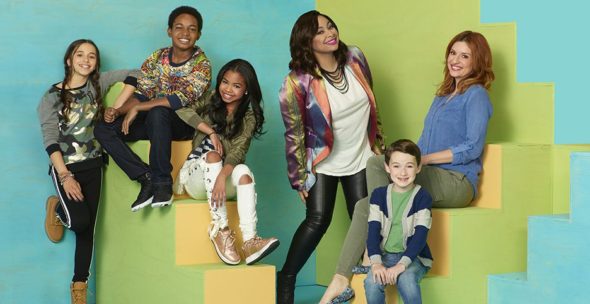 Is Raven Baxter home for good? Has the Raven’s Home TV show been cancelled or renewed for a third season on Disney Channel? The television vulture is watching all the latest cancellation and renewal news, so this page is the place to track the status of Raven’s Home, season three. Bookmark it, or subscribe for the latest updates. Remember, the television vulture is watching your shows. Are you?

The second season of Raven’s Home on Disney Channel averaged a 0.17 rating in the 18-49 demographic and 831,000 viewers. Compared to season one, that’s down by 47% and 44%, respectively. (For kids’ programming, the 18-49 demo obviously isn’t as relevant as the total viewer numbers. However, we’re including them so one could compare this show’s numbers with programs on the major networks and other cable channels.)

Will Disney Channel cancel or renew Raven’s Home for season three? Though the ratings are way down, likely because season two sometimes aired in the morning hours, I suspect that it will be renewed. For now, I’ll keep a hungry eye on the ratings and update this page with breaking developments. Subscribe for free Raven’s Home cancellation or renewal alerts.

What do you think? Are you glad that Disney Channel has renewed the Raven’s Home TV show for season three? How would you feel if they had cancelled this TV series, instead?

happy that they renewed

Glad their will be a season three. Watch it with my grandkids

We’re getting season 3 Raven confirmed it!

Yay I’m so exited my kids are begging me

Looks like we are getting a season 3! TVTickets.com listed a taping date for 11/09/18! http://www.tvtickets.com/fmi/shows/recordlist.php?(Go to page 3)

Noooooo Raven’s Home can’t get cancelled it’s a classic take of That’s so Raven and if you loved that show you should like when Raven and Ches have kids.

Yes i think there will be a Season 3 .