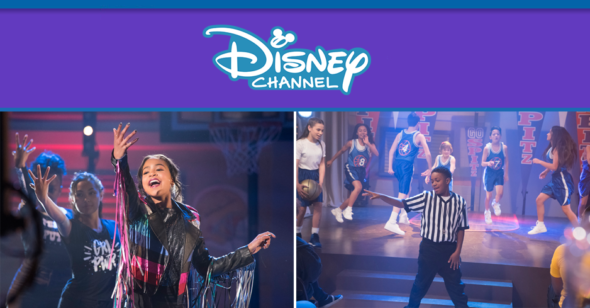 In “Raven’s Home: Remix,” Booker sets out to land the starring role in the school’s musical about a boy who loves playing basketball and performing hip-hop. When Raven has a vision of Booker receiving a standing ovation, she’s convinced he’s perfect for the role and encourages him to go for it. However, when Nia discovers the part requires someone who is great at basketball and can rap – two things Tess excels at – she tries to convince Coach Spitz to let Tess audition for the role. When he refuses because Tess is a girl, a determined Nia takes a stand to prove girls can do anything boys can do.

The original songs featured in “Raven’s Home: Remix” were written and produced by The Heavyweights; the GRAMMY(R) nominated production team composed of Jamie Jones, Jack Kugell and Matt Wong; along with songwriter Hanna Jones. The multi-platinum team has delivered hit songs that have collectively amassed over 35 million units sold, including music featured in “Descendants 2” and Disney’s “ZOMBIES.”

The “Raven’s Home: Remix, The Musical Episode” digital soundtrack features original songs from the episode and will be available for download and at streaming services Oct. 7 (9:00 p.m. PDT) on Walt Disney Records.

The second season of “Raven’s Home” is executive produced by Raven-Symoné, Dava Savel and Michael Feldman (writer/producers on “That’s So Raven”). The series was created by Michael Poryes and Susan Sherman, and developed by Jed Elinoff and Scott Thomas. “Raven’s Home” is a production of It’s a Laugh Productions, Inc. and carries a TV-G parental guideline.”

What do you think? Do you watch Raven’s Home? Are you excited for the musical episode?