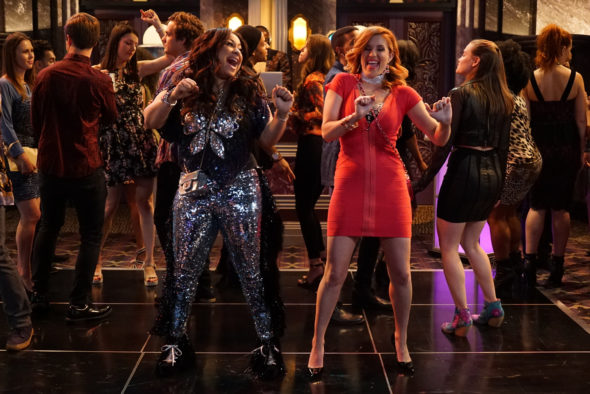 This is so Raven, too. Disney Channel has renewed its Raven’s Home TV show for a second season. A live-action comedy spin-off of Disney’s 2003-2007 sitcom, That’s So Raven, Raven’s Home features Raven-Symoné and Anneliese van der Pol reprising the roles of Raven Baxter and Chelsea Daniels, respectively.

Raven’s Home: A Look at the Ratings

The first season of Raven’s Home premiered on Disney Channel, on July 21, 2017 and has been doing pretty well in the Nielsen ratings. Deadline reports:

What do you think? Did you expect the Raven’s Home TV series to be cancelled or renewed for season two? Let us know, below.

It makes me wonder how this site can use the exacerbates facts and what constitutes groundbreaking TV shows one great shows. I want to see ratings and demographics not just people pumping down pipe enough words facts. Let’s see numbers of people watching the show instead of people making elaborate assumptions of a hugger show is and how great the ratings are. This is just fake news. Planted by sites like this ( all due respect to authors of the site don’t get mad please )I am a production companies PR staff as well. Have a demographics of .5 in… Read more »